Tim Cook has noted that Apple has acquired 15 companies this year, but only 10 were made public: the mapping company Embark; Passif, the chip maker; Cue and Topsy, the search specialists; and the most recent publicized hardware company, Primesense. Based on the info revealed by Tim Cook, 9to5Mac has done some digging and unveiled two of the “missing” five acquisitions: another mapping company, BroadMap, and an Evernote competitor, Catch.

According to BroadMaps’s website, the company has expertise in various areas. However, the central focus seems to be — at least from Apple’s (possible) perspective — the firm’s expertise in managing, sorting, and analyzing mapping data. 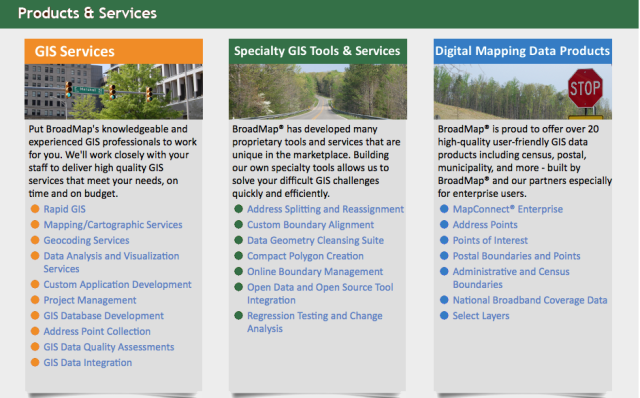 While Apple was silent regarding this acquisition, almost every BroadMap executive is now part of Apple’s mapping team.

Another likely acquisition — according to 9to5Mac’s sources — is Catch, a popular cross-platform note-taking app known for its ability to sync over the cloud, its easy-to-understand user interface, and its reminders and notifications functionality. The app is also able to logically and conveniently sort notes with both text and media, including picture and audio files, so it could help Apple to integrate with Siri for reminder and note functions, Mark Gurman notes.

Update: Apple confirmed the acquisitions in a statement sent to AllThingsD:

Apple essentially confirmed the acquisitions with the statement it gives when it has bought something: “Apple buys smaller technology companies from time to time, and we generally do not discuss our purpose or plans,” the company said in a statement.

December 1st marks World AIDS Day and Apple is continuing to support Global Fund in its worldwide fight to stop AIDS. In doing so, Apple Stores around the world are promoting (PRODUCT)RED displays and products. Additionally, Apple is promoting apps, videos, and other materials on its products to help increase visibility. Since 2006, Apple has...
Steve Vegvari
22 hours ago