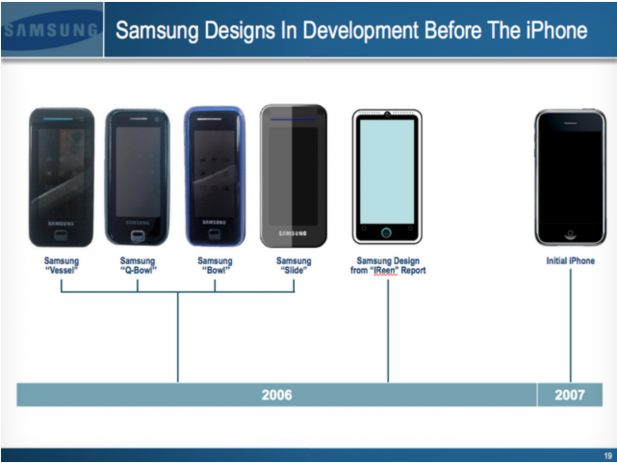 Samsung sure is taking a beating lately. After publicizing documents including banned trial exhibits, Apple is now asking the court to sanction Samsung.

The evidence that was publicized was meant to help Samsung prove they had previously developed a phone with similar elements to the iPhone prior to the original iPhone announcement at Macworld in 2007.

In a filling late last night with the U.S. District Court in northern California, Apple stated that the court should sanction Samsung because the South Korean company’s patents infringe on Apple’s phone design patents. If the court denies the request, Apple requests the jury at the very minimum be alerted that Samsung engaged in serious misconduct.

Apple, in its request for sanctions, argues that Samsung’s broadcast of excluded evidence is not only a clear attempt to prejudice the jury, but part of an emerging pattern of misconduct.

“Samsung already has been sanctioned four times in this case for discovery abuses. Most recently, Samsung was sanctioned for destroying evidence.”

For the most part, I agree with Apple’s testimonies on the situation. Samsung should very well be sanctioned. They weren’t allowed to use the documents in court, why should they be able to make them public?

Let us know, does Samsung deserve the sanction request?