Having recently introduced the world’s most powerful smartphone with a blockbuster international launch, the Cupertino giant continues to go after its Korean competitor and is once again seeking to ban its sales across the U.S. According to a new Reuters report, Apple has once again asked for a court order for a permanent U.S. sales ban on Samsung’s products alleged to have violated its patents along with additional damages of $707 million. In response, Samsung is asking for a new trial, claims the report. 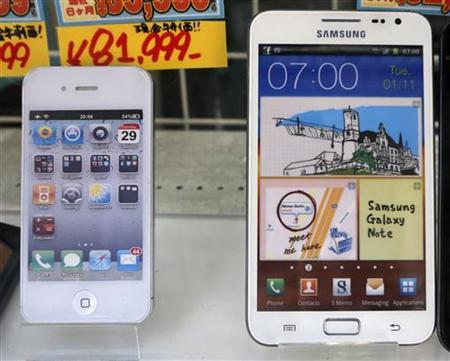 On on top of the billion-dollar verdict won by Apple last month, Apple is now seeking that the injunction should cover every other Samsung product with similar features to any of its infringing products.

In a motion filed late Friday U.S. time, Apple sought a further $400 million damage award for design infringement by Samsung; $135 million for willful infringement of its utility patents; $121 million in supplemental damages based on Samsung’s product sales not covered in the jury’s deliberation; and $50 million of prejudgment interest on damages through December 31. The requests together come to $707 million.

The source believes that such a wide-ranging sales ban could result in the extension of the injunction to cover Samsung’s flagship Galaxy S III smartphone. Ouch!