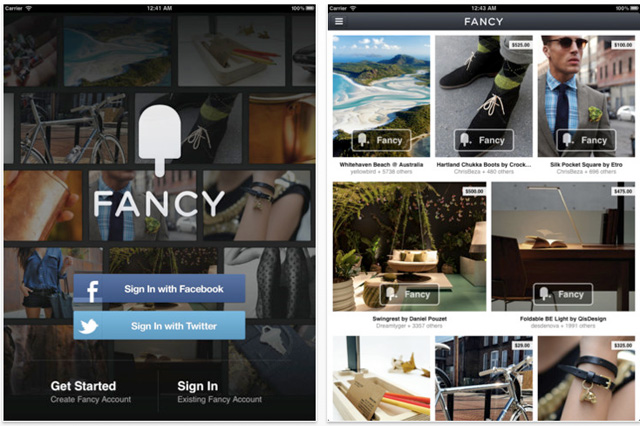 According to a report by Business Insider, Apple may be interested in acquiring a social network dubbed ‘The Fancy’. Similar to Pinterest, users of The Fancy can “fancy” products they find interesting. The only twist is the capability of purchasing the fancied product on-site. This allows the social network to also be labeled an e-commerce site.

Although The Fancy isn’t quite as popular as Pinterest, they do produce a large chunk of revenue:

While The Fancy is far smaller than archrival Pinterest, which similarly lets users make lists of things they find interesting, the 20-person New York startup, led by cofounder and CEO Joe Einhorn, is much farther along in linking its users to transactions. The Fancy takes a 10 percent cut of purchases. Last we checked in, sales were exploding.

The spark behind the alleged acquisition talks resulted over Apple CEO Tim Cook meeting up with The Fancy’s creator, Joe Einhorn, during a recent Sun Valley conference. Beyond the meeting, Cook began actively participating in the social network, which is quite unusual for Apple’s CEO.

Currently The Fancy has 20 employees and is based out of New York. Speculating that Apple is interested, a Business Insider source brings up an excellent point:

Apple is not known for making big, splashy acquisitions. But a source familiar with Apple’s acquisition strategy noted to us that The Fancy is at a stage where Apple typically buys companies.

If you consider Apple has offered a reasonable price, would The Fancy be a great buy for the Cupertino company? We all know what happened to Ping.