Apple could well be facing another lawsuit pretty soon as Swiss national train operator SBB is claiming that Apple has used without agreement its famous clock design in the new Clocks app for iPad in iOS 6, reports 9to5Mac (via Phys.org). SBB is now looking to meet with Apple representatives soon in order to discuss an agreement, says the report. 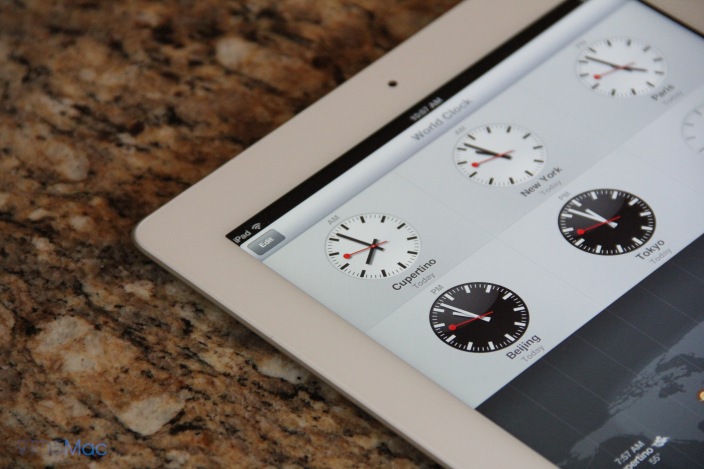 SBB spokesperson Patricia Claivaz said in a statement that SBB’s lawyers have requested the Apple for a sit-down. “There’s been no agreement so far, we’re going to talk about it,”, she added. Instead of immediately demanding financial compensation and upsetting Apple, she said that SBB was proud that its Swiss-designed station clock face had been chosen “for 80 million iPads” after realising that the iPad apparently reproduced the SBB clock design on one of its new apps iOS 6.

“We’re rather proud that a brand as important as Apple is using our design, it’s already on show in exhibitions in places like New York,” said Claivaz. The clock was designed in 1944 by Swiss engineer Hans Hilfiker and remains the property of SBB. It is still used in SBB’s stations.

While she was unable to give a date for the upcoming meeting, which could take place “in coming days or weeks”, Claivaz joked that it would indeed happen since Apple “was in Zurich and we are in Bern”—cities just over an hour’s drive from each other.

The source predicts that due to the obvious resemblance of Clocks app with the railway’s design, Apple will likely be offering financial settlement at the upcoming meeting.