Rumours of the bigger-screen iPhone models and the iWatch have increased the confidence levels of many Wall Street analysts, and RBC’s Amit Daryanani is one of them. In a note issued to investors and obtained by AppleInsider, Daryanani increased Apple’s target price to an all-time high (adjusted to post-split) $100, up from his previous prediction of $96 per share.

He isn’t the only one confident that Apple will have a great 2014. You may recall that Wall Street analysts reacted positively to Apple’s WWDC keynote, eliminating repeated keywords such as “Apple is doomed” from their notes.

From Daryanani’s perspective, Apple could sell a bigger screen iPhone at a starting price of $299 on contract, and he also believes new, improved iPads will arrive this fall, just as in recent years.

In his note, the RBC analyst is also excited about Apple entering new product categories such as with the iWatch. The smartwatch will be integrated into Apple’s ecosystem, acting as a health monitoring system, says Daryanani, echoing earlier rumours.

He doesn’t exclude the long-rumoured iTV, and as a “wildcard”, he predicts a “full-fledged” television set for this year. 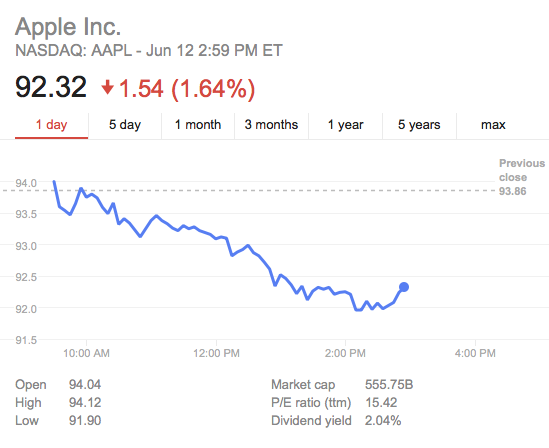