Warren East, the man who helped build ARM into a chip-design powerhouse supplying Apple’s iDevices announced that he would step down as company CEO on July 1, 2013. 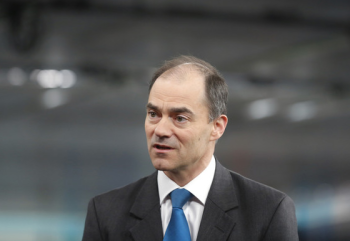 He will be succeeded by President Simon Segars, who has spent the past 22 years at ARM.

With Warren East as CEO, ARM has benefitted from the surge in demand for smart mobile devices, with the company’s shares advancing for four years and rising 10-fold over this period.

“We’ve built a truly world-leading technology company, and it’s turned into a global phenomenon,” East said on the call. “Now is the right time to bring in new leadership to push thinking even further forward.”

Segar, East’s successor, started his carrier at ARM as an engineer, but during his 22 years at the company (celebrating next week) he held roles in sales as well, and recently in top management. He plans to continue with what Warren built and continue to work closely with partners and customers.

Timing for a new CEO “is seen as right to carry the company forwards on a 10-15 year horizon,” UBS AG analysts said in a note today. Segars is well-regarded by investors and his appointment wasn’t surprising even as the timing is “slightly earlier that we would have thought,” the analysts said.

The company, based in Cambridge, England, has a market value of $19 billion. Its fastest growing market is the so-called embed-processing, which spiked 25% last year. The company is valued at 48 times estimated 2013 earnings, far higher than customers and competitors such as Intel and Apple, according to Bloomberg.