An SEC Form 4 was filed this afternoon by Apple to indicate their SVP and General Counsel Bruce Sewell sold 5,137 shares of stock yesterday at the price of $600 each, for a total amount worth $3.08 million. 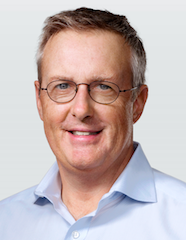 Last November, Sewell was awarded 150,000 bonus shares that won’t fully vest until March of 2016. Sewell joined Apple in 2009 from Intel, where he was in charge of the latter’s legal responsibilities.

You may remember Sewell’s famous letter to Gizmodo back in April of 2010, demanding the tech site return a lost iPhone 4 prototype back to Apple.