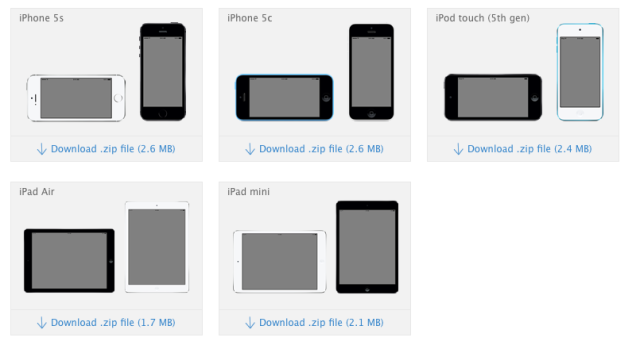 The launch of two iPhone models has triggered some modifications in Apple’s marketing guidelines for iOS developers as well. For years Apple has only allowed developers to use images of black iDevices, but starting this fall, it has officially removed colour restrictions, although gold doesn’t appear to be on the list of approved colours (via 9to5Mac).

On the App Store Marketing Guidelines page, developers can find images of Apple iDevices in different colours. These images serve the purpose of placing the developer’s app in the screen area.

Apple has provided developers with vertical and horizontal images for each approved product colour. However, as you can see, a notable absentee is the gold iPhone 5s. The silver and space grey model is present, though, which means the company doesn’t recommend developers to market their app using a gold iPhone.

The company, on the other hand, is apparently focusing on the new colour in its ads, as it is promoting the gold iPhone 5s in television and print advertising. Fact is, the gold iPhone 5s turned to be very popular among new iPhone buyers, and Apple has reportedly increased production for gold models to meet the higher-than-expected demand.