Nokia has ceded its position to Apple for the first time in January as the most popular mobile vendor in terms of global Internet usage StatCounter GlobalStats show. 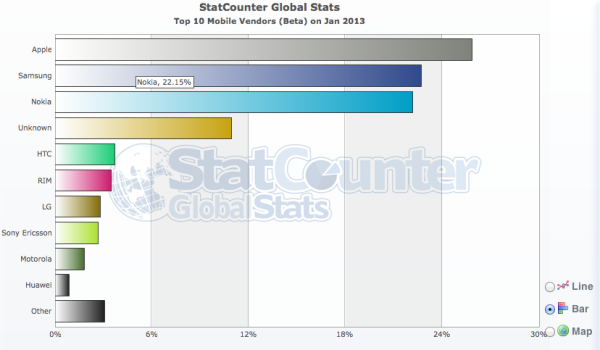 As the research shows, Apple’s iPhone and iPod touch – as the stats don’t cover tablet usage – top both Nokia and Samsung, the latter being the most popular mobile phone vendor on a global scale.

“It’s good and bad news for Apple,” commented Aodhan Cullen, CEO, StatCounter. “Apple has been handed the number one spot despite its falling usage share. A decline in Nokia usage from January 2012 to January 2013 means the Finnish company ceded the top spot to Apple.”

Samsung recorded the biggest increase, though, despite Apple retaining the No. 1 spot, according to StatCounter. The South Korean smartphone manufacturer has recorded a 7.85% increase on a year-over-year basis, up from 14.84%. 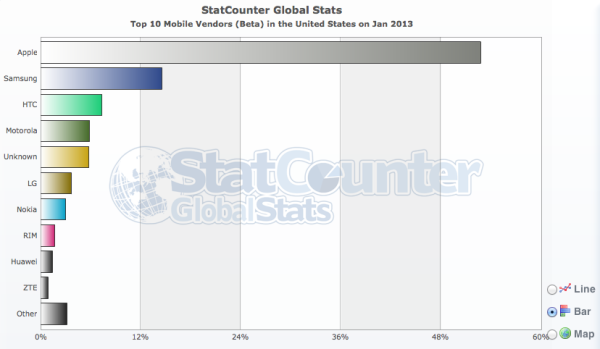 When broken down to regions, Apple’s strongest grip is obviously on the North American mobile market, reinforcing Strategy Analytics’ earlier report ranking the iPhone manufacture as the No. 1 smartphone vendor in the US. 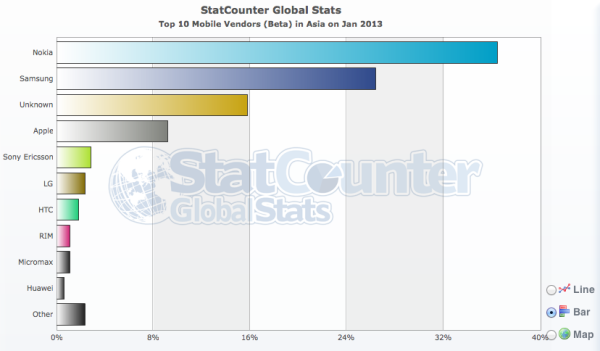 In Europe, however, the gap between Apple and Samsung gets narrower, and when looking at Asia, Apple ranks No. 4, while Nokia tops the list, with Samsung following the Finnish manufacturer on the second spot.