Apple Debuts Trailer for Docuseries 1971: The Year That Music Changed Everything 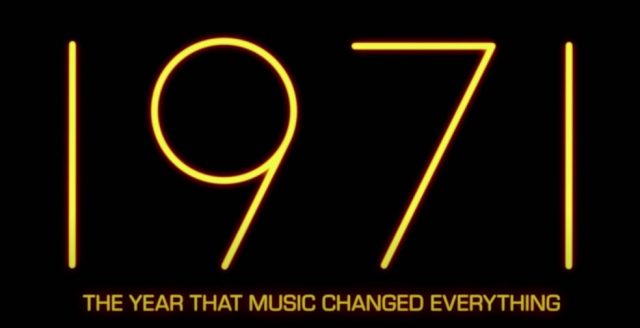 Apple has released the first trailer for the eight-part docuseries ‘1971: The Year That Music Changed Everything’ ahead of its premiere on Apple TV+ on May 21st.

1971: The Year That Music Changed Everything is a docuseries highlighting the social and political climate in the year 1971 and how new musicians arriving on the scene left a mark that can still be seen today. The series will feature archive footage of a number of bands and musicians as well as interviews from the time.

Over the course of the eight slated episodes, artists and bands such as The Rolling Stones, Marvin Gaye, The Who, Aretha Franklin, Joni Mitchelle, Bob Marley, and Lou Reed will be featured.

1971: The Year That Music Changed Everything hails from filmmakers Asif Kapadia and James Gay-Rees, who previously won the Oscar for Best Documentary Feature for their 2015 film ‘Amy’, which catalogued the life and career of late singer Amy Winehouse. Kapadia will serve as a director as well as executive producer alongside Gay-Rees, David Joseph, and Adam Barker on the project. The series is based on David Hepworth’s book ‘Never a Dull Moment: 1971 The Year That Rock Exploded’.

Apple has been continuously expanding its stable of content revolving around the music industry. 1971: The Year That Music Change Everything will join the ranks alongside ‘Beastie Boys Story’ and ‘Billie Eilish: The World’s A Little Blurry’.