In order to fix its messed up iOS 6 Maps app, Apple is reportedly developing a program to dedicate certain retail store staff to submit corrections and improvements for inaccurate mapping in their local areas (via MacRumors). 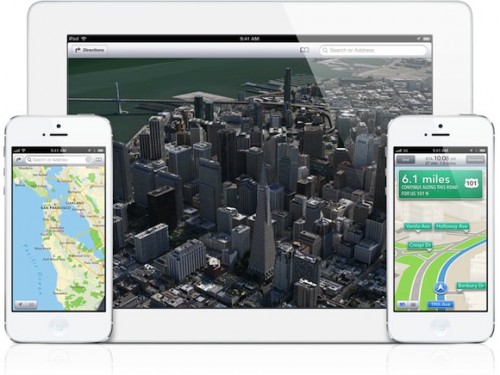 While most of us have already downloaded alternatives, Apple seems to be eagerly working on a fix for its flawed Maps application. While the source was unable to confirm how the staff would go about providing said improvements, one of its sources said that a team of ten employees would be participating in the program at one store.

Details on the initiative remain unclear, but multiple sources have indicated that participating stores will dedicate 40 hours of staff time per week, distributed among a number of employees, to manually examine Apple’s mapping data in their areas and submit corrections and improvements.

It is unknown exactly what procedures will be used to examine the data, whether it simply be side-by-side comparisons with Google Maps data or if more sophisticated efforts such as in-person verification will be used.

Changes to maps will reportedly be submitted through a dedicated internal portal on Apple’s systems.

Apple can expedite improvements to the new Maps app by tapping into its army of 40,000 employees across its global retail stores, suggests the source. While CEO Tim Cook has already published a letter in order to apologize for the app’s shortcomings, the company is definitely taking aggressively measures to improve its newly launched mapping service.

Update: Our source informs us of the following details regarding this undertaking: