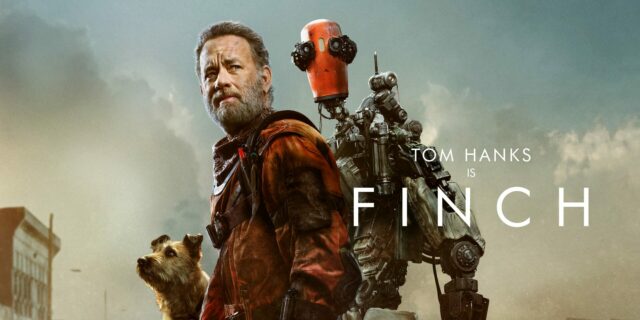 Today, Finch lands on Apple TV+ after being sold to the company by Universal. The film was first produced with the intention of bringing it to theatre screens everywhere. However, during the pandemic, Universal opted to sell the film to Apple, adding it to the growing catalogue of Apple TV+.

Finch stars Tom Hanks as the titular character. As one of the last remaining humans alive, Finch and his loyal dog have found themselves living in a bunker for nearly a decade. As a brilliant inventor, Finch builds a robot, played by Caleb Landry Janes, to care for his pet in the event of his passing. The trio ultimately set out on a cross-country adventure, with danger along the way, to find a new home.

The film has been directed by Miguel Sapochnik, who is best known for his work directing episodes of ‘Game of Thrones.’ Sapochnik has also worked on ‘Altered Carbon,’ ‘Iron Fist,’ and ‘Repo Men.’ Finch has been written by Craig Luck and Ivor Powell.

Tom Hanks has also starred in ‘Greyhound,’ another Apple TV+ exclusive film. The film was released last year and was met with a positive reception by critics and audience members.

Apple TV+ is available in Canada for $5.99CAD a month.