Apple’s Developer Center has been down for a week now, and there is a new wave of phishing e-mails prompting users to change their Apple ID passwords. Since the campaign is successful only when the e-mail appears to be genuine, cybercriminals have improved their skills to make their e-mails appear legitimate.

As ZDNet emphasizes, a closer look at the e-mail should suffice for users to realize it isn’t a legitimate email. For example, despite its design which is similar to what we usually see from Apple, it contains several mistakes, including grammar mistakes. So you should read that e-mail closely.

The fact is that (as Kasperky Lab highlights in a recent blog post) the number of phishing attacks targeting Apple users has skyrocketed during the past six months. I myself have received at least three e-mails, the last one arriving just a few days ago. You can see it below. 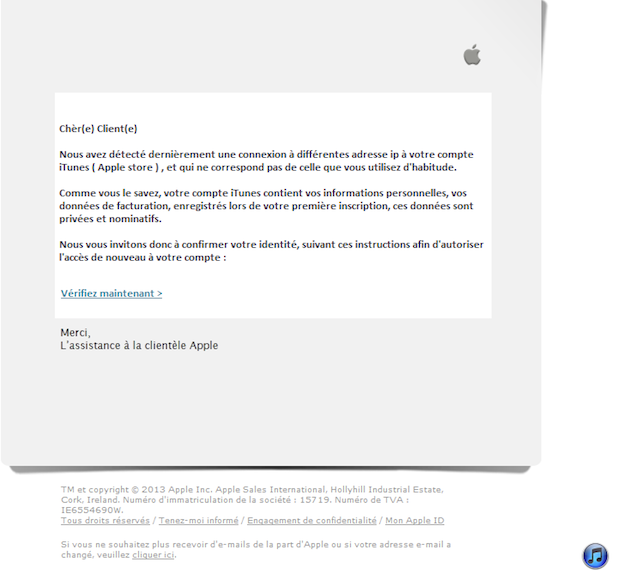 Cybercriminals are targeting Apple users to obtain their Apple IDs and account information, and to gain access to the victim’s personal data and credit card numbers stored in iCloud and iTunes accounts.

What is the lesson? Since the phishing attacks are designed to incite an emotional response in the user — panic,for example — you should double-check every e-mail you receive that prompts you to change your Apple ID password.