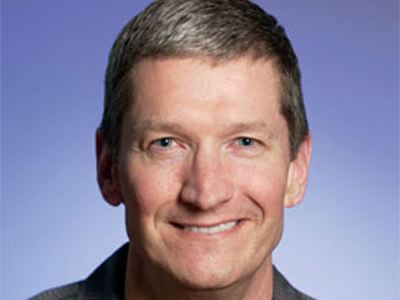 Jessica Lessin at the Wall Street Journal reports Apple CEO Tim Cook has initiatives to keep employees happy, with one latest perk taking a cue from Google. The “Blue Sky” program allows a small group of employees take two weeks to work projects outside of their regular responsibilities:

Earlier this year, Apple told some employees about a new initiative called “Blue Sky” that allows a small group of staffers to spend a few weeks on a pet engineering project, according to three people told about the program.

It is a more limited version of similar initiatives for hatching new ideas that have long existed in Silicon Valley. The most well-known of those is Google’s “20% time,” which allows employees to spend up to a fifth of their time on projects outside their normal responsibilities.

The idea was previously anathema at Apple. The Cupertino, Calif., company is known for organizing teams around a few focused projects that come from the top. Employees have often griped about the lack of leeway.

Lessin first announced this news earlier this afternoon when she appeared on the WSJ’s News Hub program (you can check it out here).

How else is Apple CEO Tim Cook trying to retain their employees and keep them satisfied? The report also notes Cook is more open to letting employees take sabbaticals:

Mr. Cook has also signaled he is more open to letting employees take sabbaticals, according to an executive who has spoken to him about it.

Former iOS chief Scott Forstall was part of the Blue Sky program. Some Apple employees have also noted the moves were “symbolic” but hasn’t resulted in significant changes.

Apple has also tried hard in other ways to retain its employees. A couple Silicon Valley executives that tried to recruit Apple employees noted the company is a lot more aggressive in putting up counteroffers to those thinking of leaving. Also, compensation packages have been further highlighted compared to before. Stock grants are now listed by dollar amount versus just the number of shares, which makes them look much more generous said people familiar with the matter.

Apple’s environments seems to be changing as their employees “are picking up the phone” now according to the vice chairman of an executive search firm, whereas a couple years ago he wouldn’t hear anything back.

It’s evident Tim Cook is running Apple with his own ways and making the company more employee friendly. The Journal cites Cook’s praise of Apple employees at media events is much more evident when compared to the late former CEO Steve Jobs.