Another report points to irregularities in Apple’s supply chain: the company’s supplier of cover glass, Biel Crystal, allegedly is violating workers’ rights in its Chinese facilities. 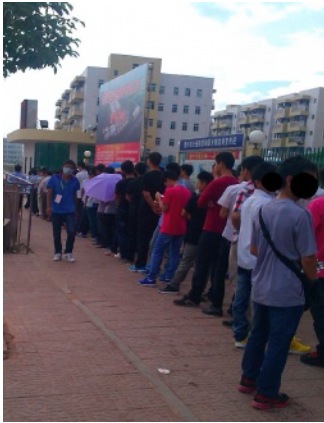 The irregularities were noticed at a Biel Crystal’s Chinese facility located in Huizhour, Guangdong, which provides cover glass and front and back cameras for Apple, Samsung, HTC, Nokia, Motorola, Huawei, and other clients.

According to the SACOM report, workers have to work 11 hours a day and seven days a week. They can take only one day off at the end of the month, so the average overtime work here is between 120 and 140 hours a month.

The investigation also found that at least five workers at the company’s Guandong facility have committed suicide since 2011.

Apple reacted to the report in a statement sent to Reuters:

“We insist that our suppliers provide safe working conditions, treat workers with dignity and respect, and use environmentally responsible manufacturing processes wherever Apple products are made. Every year Apple inspects more factories, going deeper into the supply chain and raising the bar for our suppliers. In 2012 we conducted 393 audits at supplier facilities around the world,” it added.

Biel Crystal currently has 60,000 workers, with the majority of them working at the company’s Guadong facility.