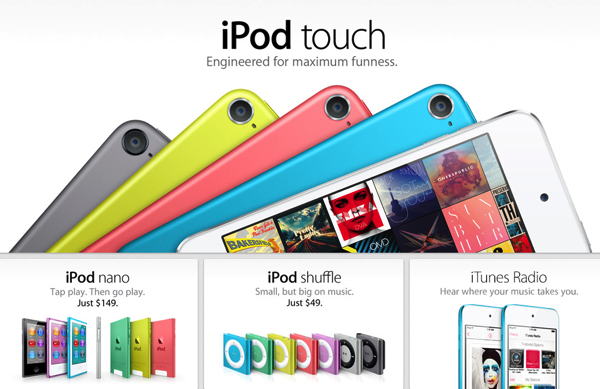 Apple remains the uncrowned king of the portable media player market: the iPod accounts for 72% of the music player market, according to NPD research’s Benjamin Arnold, who shared the company’s latest findings with AppleInsider.

The market continues to shrink, however; during the past year it shrunk by 33%. Apple stopped reporting iPod sales a while ago. But, Apple has always looked forward and not backward. As Steve Jobs said once: “if we don’t cannibalize ourselves, someone else will.”

The main “issue” behind the drop of iPod sales is the iPhone’s growth, says the NPD analyst, although the iPod lineup does retain several advantages over the most popular iDevice.

The target market of Apple’s music players seems to be the fitness market. According to the NPD analyst, a recent growth in fitness-oriented headphones show that the market is still alive and well, and feeds both the iPod and iPhone machines.

As Arnold points out, the iPod classic may see an increase in popularity, as an option for audiophiles, due to its storage capability. High-quality tracks need considerably larger storage, and the encoded tracks. The iPod classic’s 160 GB of storage is nearly three times the high-end 64 GB iPhone’s. While the iPod focuses on music only, the iPhone’s memory is divides among photos, apps, videos and other content.