Apple’s Lightning connector matches nicely with Thunderbolt, their previous data-connector branding, and once again highlights the hard work of the company’s marketing machinery in making up easy-to-remember names with the desirable association. But this time, the Lightning had a special price: Apple had to buy the Lightning trademark from the renowned motorcycle manufacturer, Harley Davidson. 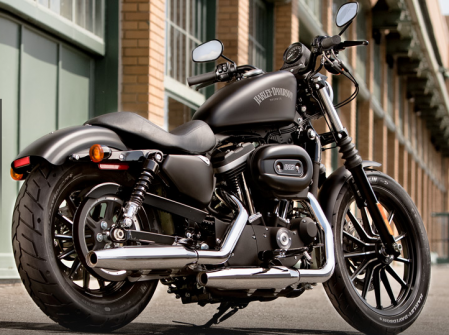 According to a document published by the European Patent & Trademark Office and cited by Patently Apple, the Lightning trademark is still protected until 2013, but one of the documents suggests the transfer may have officially occurred on November 24.

As the documents reveal, the Harley Davidson Lightning patent covers items such as motorcycle electrical parts, protective helmets and indicator lights, as well as television sets, games, computer game programs, eye glasses and eyeglass frames (which you may think don’t have anything to do with HD), which caused trouble to Apple, as they had to acquire the trademark in order to make their branding legal.

However, Apple was only interested in a partial transfer of the Lightning trademark, so if you expected some ‘i’ branded motorcycle product . . . well, that ain’t going to happen soon. Maybe an iCar?