Patently Apple is reporting that a new Apple Store application exclusively designed for Genuis Bar and other services related to iOS devices has been revealed in a patent application published by the US Patent & Trademark Office today. The app will apparently help users to check in and see a Genius Bar representative at an Apple Store or a workshop / event in a more convenient way. 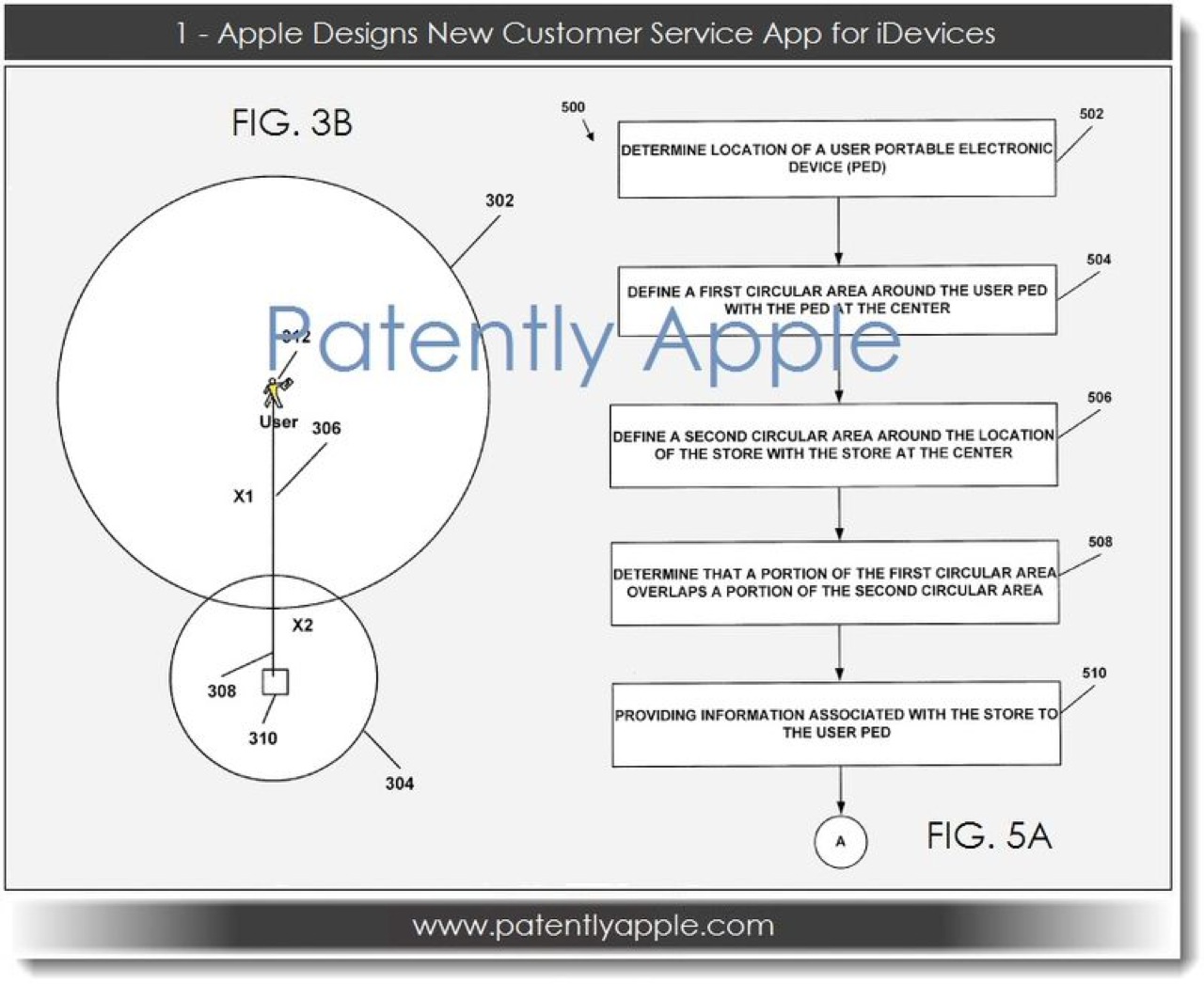 The report suggests that the app will determine when a user is within a predetermined distance or within a service area of a store and automatically provide information about the products, services, or events offered by the store to the user on his/her iOS device. In short, Apple will be able to scan for iOS devices nearing an Apple Store to initiate Customer Service Assistance. 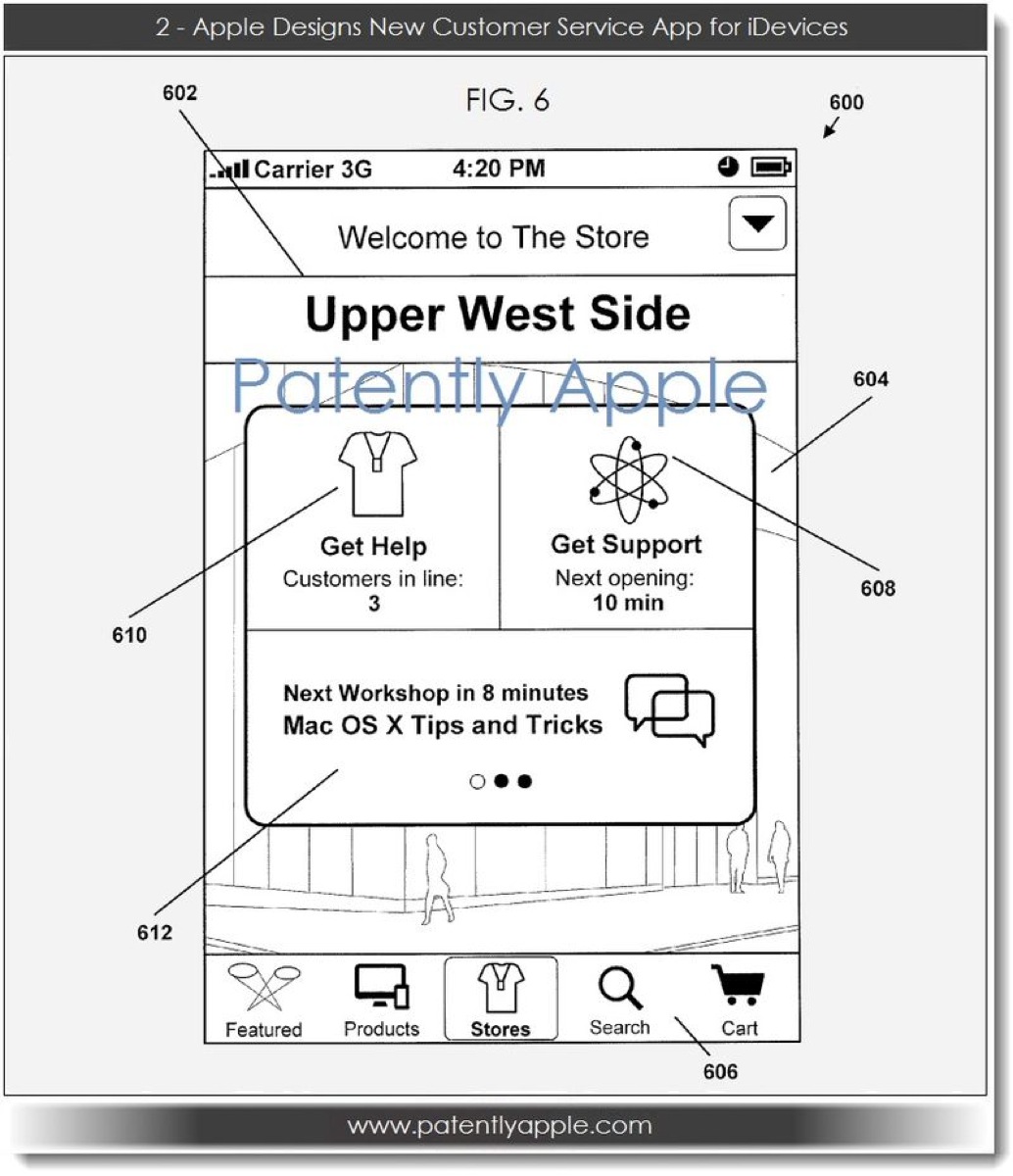 Apple states that once the user is successfully checked in, the customer service application could display screen 710 of FIG. 7F noted above, informing the user that they have been placed in the queue and will be alerted once someone is ready to help them. The user will then be able to continue browsing the store until they receive a message indicating that someone is ready to help them.

In some embodiments, the host server computer may send, and the customer service application may display name of the technical specialist and a location to meet the specialist. Screen 712 could provide an option to the user to indicate their acceptance to meet the employee and/or to cancel the request if the user meantime finds what he/she is looking for.