Apple’s patent application with the US Patent office has revealed an advanced “Active Stylus”, which according to the company, improves the overall functionality and accuracy of a stylus. Apple claims it will overcome common stylus problems and iOS devices will be able to take advantage of the “Active Stylus” technology in future, PatentlyApple reports. 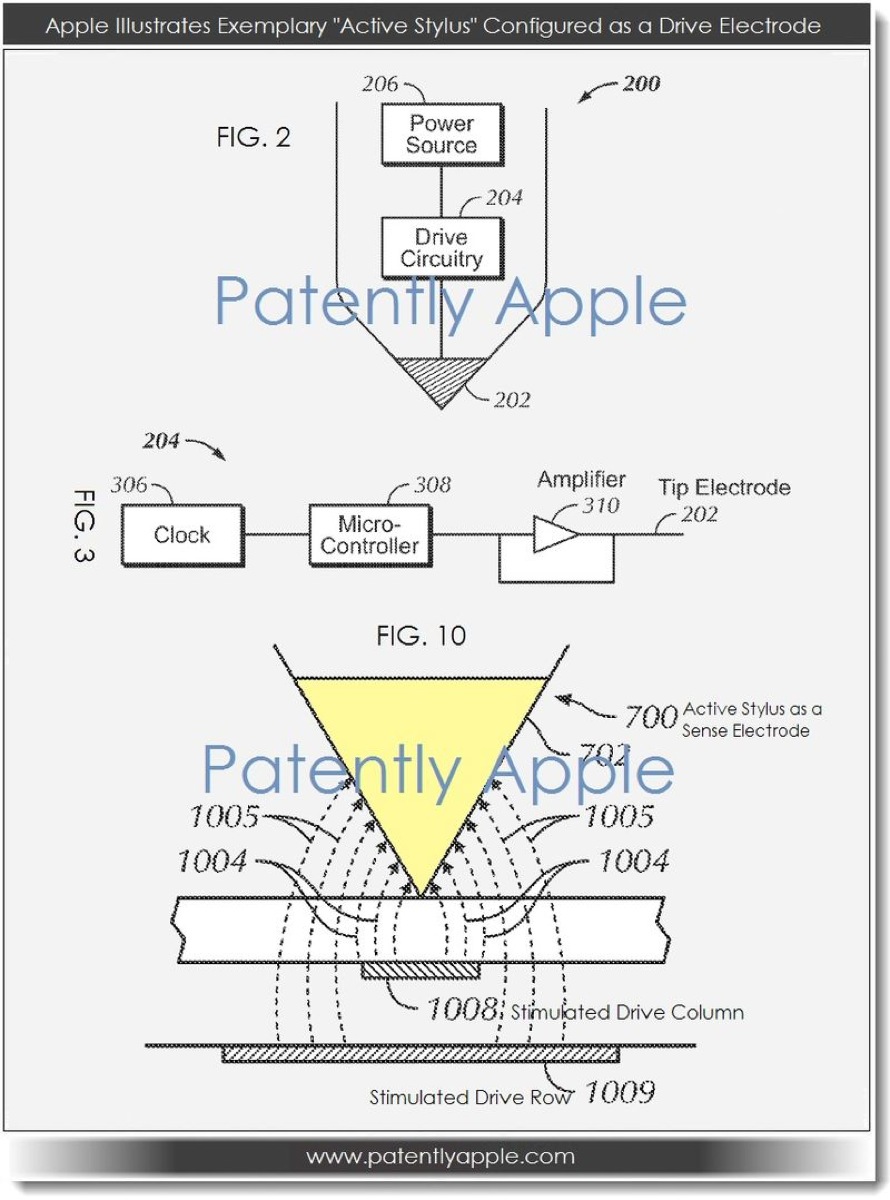 Apple explains that conventional styluses are passive input devices and that they are incapable of sensing a touch-induced capacitance change in a touch sensor panel. However, the Active Stylus is outfitted with an electrode at the tip and can interact with a capacitive touch sensor panel, allowing users to tap around on menus, buttons and text fields.

Accordingly, the styluses disclosed herein can be referred to as active styluses in comparison to conventional passive styluses. These active styluses can significantly improve stylus sensing on a mutual capacitive touch sensor panel without incurring significant additional cost.