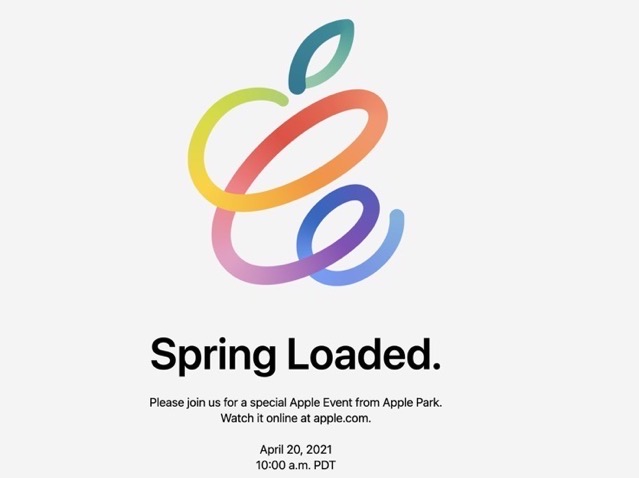 Bloomberg’ Mark Gurman sat in on an interview and stated that Apple’s upcoming ‘Spring Loaded’ event may not feature “particularly innovative” announcements. The event is slated for next week on April 20.

During an interview with Bloomberg Technology, Gurman set expectations of what to look forward to. This will be the first product showcase Apple holds this year. Naturally, expectations are fairly high as consumers and enthusiasts are eager to hear what the company has in store for the first half of the year.

In the interview, Gurman touches on the high possibility that Apple will announce the new models of the iPad Pro. The updated models are said to feature a new processor “on par” with some of Apple’s latest M1 Macs. Gurman also states that there will be a new port to sync accessories faster and external monitors. The new iPad Pros are also said to feature an improved camera system. Gurman also notes that the larger model (12.9-inch) will feature a new mini-LED display.

Gurman also notes that new iMac desktops are “in the pipeline”. However, Gurman did not come out and say that the new iMac models are guaranteed to launch. That said, Gurman stated, “If the iMac does indeed get launched next, that’s going to be a big deal.” It’s expected that the iMac desktops will feature custom Apple chips.

Alongside the expected announcement of iterative iPad Pros and iMacs, Gurman believes Apple’s AirTags will also make an appearance. This competitive product to Tile has long been rumoured to be in development and is said to be a tracking device that can be attached to everyday items like keys, wallets, bags, etc.

Apple’s ‘Spring Loaded’ event will begin at 1 PM ET/10 AM PT. It will be a virtual event livestreamed on Apple’s official channels. To tune in, you can watch on Apple’s website, Apple TV, the company’s YouTube channel as well as Apple’s Twitter.