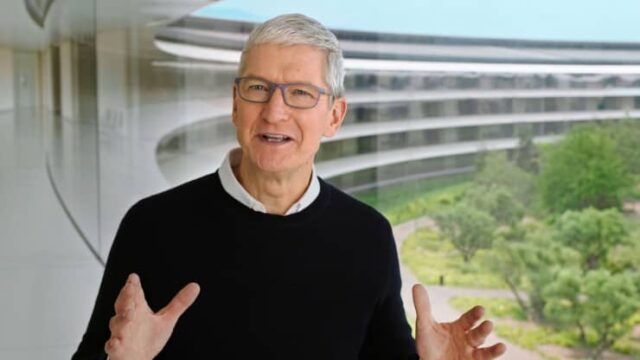 Apple CEO Tim Cook has been confirmed to deliver Gallaudet University’s commencement address. On May 13th, Cook will travel to the Washington DC campus and deliver his speech after being formally invited by Gallaudet’s undergraduate student speaker.

On Twitter, student speaker Molly Feanny sent a formal invitation to Cook to come to speak at the 152nd Gallaudet ceremony. In the video posted online, Feanny noted that Gallaudet University is an Apple campus. Feanny also addressed the company’s recent wins at the Academy Awards for CODA, sharing her own personal appreciation. Cook quickly responded on Twitter, as reported by Deadline.

Thanks so much Molly, I’d be honored! See you there! 🦬 https://t.co/eSmy1uyFu7

“I am beyond proud and honored to share that Tim Cook will be our 2022 commencement speaker,” Gallaudet University president Roberta J. Cordano said in a statement. “Tim is a remarkable visionary, truly one of the great CEOs of our time who, without question, will leave a lasting imprint for generations to come. As the leader of one of the most admired brands in the world, Tim has demonstrated an unwavering commitment to diversity, inclusion, representation and accessibility – values that matter deeply to our Gallaudet community and so many other underrepresented groups.”

Since 2020, Apple and Gallaudet University have shared in a partnership. Gallaudet is the only university where students who are deaf, blind, or hard of hearing can learn bilingually in American Sign Language and English. The campus has worked with Apple over the last two years on a number of initiatives to assist the deaf community. Additionally, the two parties hope to leverage equality and inclusion for the community and advance the value of signed languages.

CODA centres on the only hearing member of a family. Played by Emilia Jones, the titular character helps her family’s fishing business and tries to balance it with her own ambitions of being a singer. At the 2022 Academy Awards, the film won ‘Best Picture’ and became the first Apple TV+ film to win the coveted award. CODA‘s Troy Kotsur won ‘Best Supporting Actor’ and ‘Adapted Screenplay.’