Back in May, we noted Ottawa was set to receive its second Apple Store, as confirmed by job postings. Later that month, the rumoured location of the store received its painted black construction walls, pretty much confirming an Apple Store was being built.

Yesterday, those blacked out walls at the former Gap Kids location received its painted Apple logo and URL, confirming an opening is imminent. 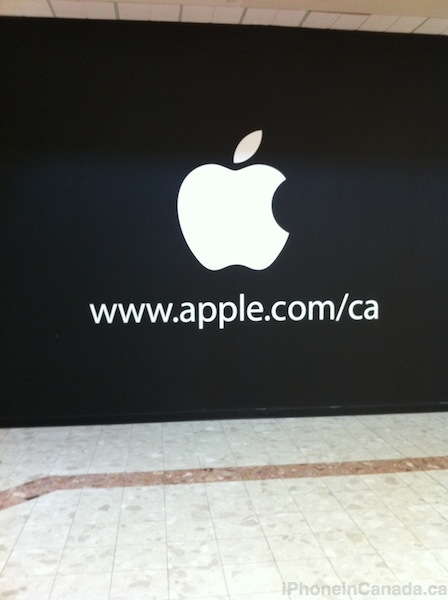 During the first week of August, the Halifax Apple Store received its painted logo and had its grand opening just over a week later.

With Apple set to announce the next generation iPhone on September 12th, and a smaller iPad later in October, you can bet this store will be screaming busy for the upcoming holiday season. Ottawa’s other Apple retail store is located at Rideau Centre, about 17 kilometres northeast of Bayshore Shopping Centre.

Thanks Stewart for sending this in!