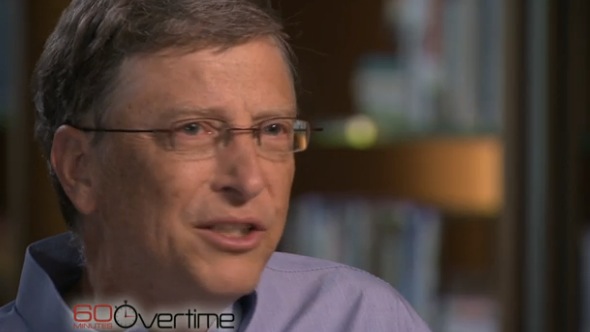 Charlie Rose interviewed Bill Gates on 60 Minutes and during the segment, it was revealed Gates had visited Jobs just prior to the former Apple CEO’s death.

Gates grew emotional as he recollected details about visiting Jobs before his death and said their last conversation together was “forward-thinking.” Moreover, Gates also shares Jobs showed him the mega yacht he was building:

“He showed me the boat he was working on,” said Gates, “and talked about how he’s looking forward to being on it, even though we both knew there was a good chance that wouldn’t happen.”

“He and I, in a sense, grew up together,” explained Gates. “We were within a year of the same age, and we were kind of naively optimistic and built big companies. And every fantasy we had about creating products and learning new things– we achieved all of it. And most of it as rivals. But we always retained a certain respect and communication, including even when he was sick.”

The Microsoft co-founder also shared a story about how Jobs cancelled a last minute dinner Gate expected him to attend. Jobs called Gates’ secretary to tell the latter he couldn’t make it. As for the reason? Jobs told the secretary to pass on to Gates “tell him I’m an asshole.” Classic Steve Jobs.

Check out snippets of the interview below (Flash video):

The entire interview transcript can be read here.