Bloomberg confirms an earlier Jessica Lessin report that a new ad-skipping technology is in the works in Apple’s labs. The technology will be available for owners of Apple TV and “future television devices.” 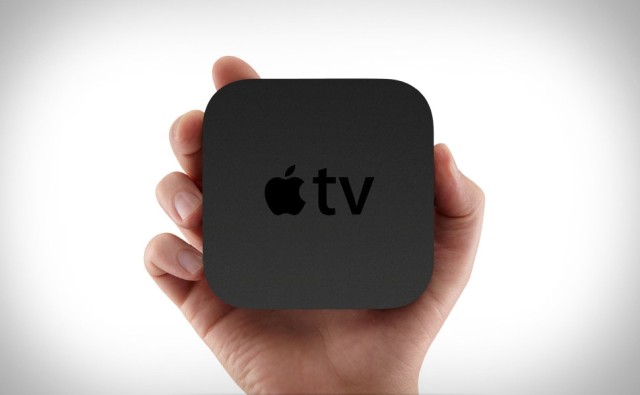 The newspaper’s anonymous sources whisper that Apple executives are in talks with at least two owners of broadcast TV networks and cable channels, alongside some of the biggest U.S. pay-TV systems. The execs are proposing to reimburse programmers for skipped advertising.

It remains to be seen how the parties will react. Apple’s chief negotiator has to draft a pretty convincing offer and put it on the table. At issue is TV ad revenue.

According to a Nielsen study, TV ad revenue is a $350 billion business and is on the rise, recording a 4.3% increase compared to 2011, with North America contributing to a 3.2% rise in global ad spending for the year. Overall, TV ad spending accounted for 62.8% of global ad dollars last year, the Nielsen report states.

“With 63 percent of ad dollars being spent to advertise on TV, it’s clear that the medium is widely regarded as the most efficient and effective way to reach consumers, continuing to grow especially in emerging markets,” said Randall Beard, Global Head, Advertiser Solutions for Nielsen. “As we move into 2013, we’ll be monitoring which regions, sectors and media types continue to drive global advertising, and which emerge and propel the industry to new heights.”

What’s interesting though is that Apple’s 13 million Apple TV units sold has placed the company at the top of the most popular video streaming devices, seconded by Roku which sold 21%.

With the growing popularity of video streaming devices and DVR, the demand for skipping commercials is high. Almost three-quarters of consumers in a survey cited the ability to skip commercials as the main reason they use a digital video recorder, Bloomberg says.

Nearly 90% of television viewers always skip through the adverts on their digital video recorder but TV still remains the most memorable form of advertising, according to a research cited by The Guardian.

Media buyers, however, aren’t confident that TV networks will go along.

“The networks are very unlikely to support any service with their linear feed that allows for commercial messages to be skipped even if they get some form of compensation,” said Rino Scanzoni, chief investment officer for WPP’s Group M, in an email to AdAge. “This is not a viable economic model and subscribers to the system would not pay an adequate premium to compensate for it.”

However, if the ad-skipping feature does materialize, it will create new opportunities.

Even if an Apple ad-skipping service does materialize, however, it wouldn’t necessarily shut out advertisers, said James O’Neill, VP-director of interactive media at RJ Palmer. “There’s an opportunity to incorporate advertising into smart TV home screens and within the app universe with branded apps,” he said. “There can be interstitials that air between episodes during binge viewing.”