Citi Research is recommending investors to buy Apple’s shares (AAPL) projecting a $675 target price while keeping in view the Cupertino company’s year-over-year growth, which according to Citi, is expected to stabilize in the next 6 months, reports the Apple Insider. 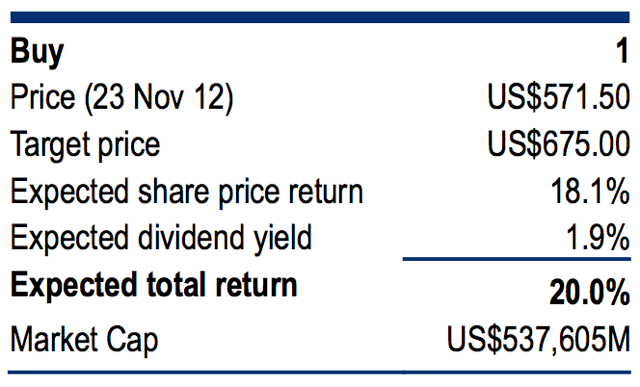 It is worth pointing out that Citi’s target price is almost 11% below the price target for Apple stock on Wall Street. This is because the company believes that the risks for Apple “are increasingly coming into focus.” The firm also pointed out that Apple’s share of the smartphone market is at high risk from low-end smartphones.

Rather than have a lead analyst assigned to Apple, as most other investment firms currently do, Citi has opted to take a “unique team approach” in its Apple coverage. That strategy involves semiconductor analyst Glen Yeung, software analyst Walter Pritchard, and hardware analyst Jim Suva.

“This reflects Apple’s broad impact to the technology supply chain and allows us to uniquely follow the company from several industry angles,” Citi explained in a note to investors on Monday.