Aside from Apple CEO Tim Cook being featured at D10, Aaron Sorkin, the man behind the upcoming movie about Steve Jobs, also had an interview.

Sorkin is the one who has signed on to write the Steve Jobs biopic based on Walter Isaacson’s biography and made by Sony Pictures Entertainment.

Speaking with Walt Mossberg, Sorkin says he’s looking to absorb as much as he can about Jobs before moving forward. As he learns about Jobs and his life, Sorkin will then take a “point of friction” that appeals to him and create the film.

“One of the hesitations I had in taking on the movie was it was a little bit like writing about the Beatles. There are so many people who know so much about him and who revere him, and I just saw a minefield of disappointment.”

As seen in the interview, the script is not yet complete and the entire project is at the very early stages.

When asked about what actor will play Steve Jobs, Sorkin indicated that he did not know, but that it had to be someone who is smart.

Sorkin also discussed his writing style being outside of the current trend toward antihero characters. When asked if he would portray Jobs as an antihero, Sorkin had this to say,

“With as little as I know about the Steve Jobs movie, I know this for sure: I can’t judge the character,” Sorkin said. “He has to be a hero, I have to find the parts of him that are like me; I have to defend this character. You want to write the character as if they are making the case to God why they should be allowed into heaven.”

You can check out the full interview here. 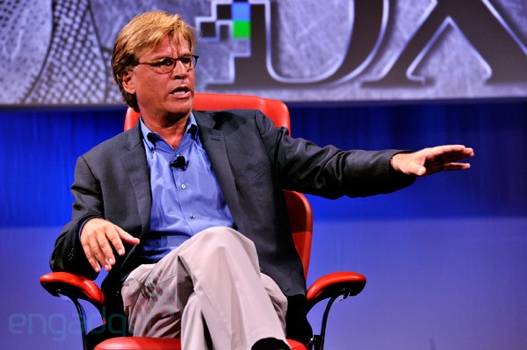