Since the introduction of AirPlay industry players have tried to take on this amazing feature and now seems like Apple has got company: namely, Netflix and YouTube have partnered up to launch DIAL, a protocol which sounds interesting to other players like Samsung, Sony, Hulu and BBC, GigaOm reports.

So what is DIAL? DIAL stands for “discover and launch”, and it is a protocol that helps developers of second screen apps to discover applications on smart TVs and connected devices.

DIAL was born after Netflix and YouTube noticed they were working to bring the same experience: Netflix launched a limited second-screen integration back in October, and YouTube released its first Android remote control application in 2010. So they decided to team up.

“At about the same time, we learned that the YouTube team was interested in much the same thing – they had already started to do some work on 2nd screen use cases. And so we approached them on collaborating… We also felt that having two major video services define and promote DIAL would help get it more widely adopted as a common solution to a common problem, vs. taking a proprietary approach. It’s been a productive partnership and we’re confident that we’ll get wider adoption because of it.”

Their research and development has resulted in this protocol, which allows DIAL-enabled second screen apps to be able to discover DIAL-ready first screen devices in the same network and launch apps on them. 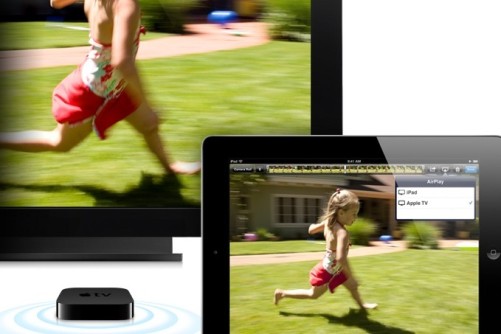 In an interesting move, DIAL developers decided not to compete directly with Apple’s AirPlay – which by the way works and can send URLs from your iDevice to your Apple TV to initiate playback or remote content, and mirror the iPad’s display on the TV screen. This is because:

“Once apps from the same provider are running on both screens, there are several feasible methods for implementing control protocols either through the cloud or on the local network. And not every service or application is focused on the same kinds of use cases. Rather than try to get universal agreement on these protocols and use cases, it seemed best to leave room for innovation,” said Scott Mirer, director of product management at Netflix.

DIAL however, aims higher than AirPlay. While the latter can’t launch apps, DIAL will be able to detect whether an app is installed and thn redirect the user to a smart TV’s app store if it’s missing. It will also be able to launch web apps on your TV (in the case it supports them).

Yet, DIAL is about to take shape when the pieces of the puzzle come together. It will be put together by the hardware partners, content services and app makers. We are curious how will it work, as competition is always good. Are you?