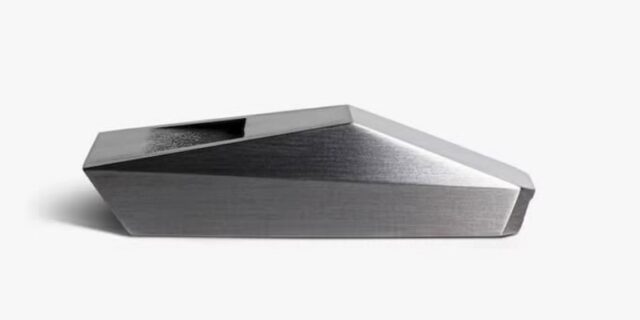 Elon Musk has taken a swing at Apple’s Polishing Cloth as Tesla announced that a $65 CAD whistle inspired by the Cybertruck is being made available.

Ahead of the holidays, as reported by Tesla North, the premium stainless steel ‘Cyberwhistle’ was announced by Tesla online and is being made available for purchase. As described by the company, the Cyberwhistle will be a limited-edition item.

“Inspired by Cybertruck, the limited-edition Cyberwhistle is a premium collectible made from medical-grade stainless steel with a polished finish. The whistle includes an integrated attachment feature for added versatility,” explains Tesla.

Over on Twitter, Tesla Motors CEO Elon Musk used the opportunity to take a jab at Apple and its latest Polishing Cloth. Musk urged his audience to not “waste” money on Apple’s “silly” cloth and instead purchase the Cyberwhistle.

Don’t waste your money on that silly Apple Cloth, buy our whistle instead!

Apple’s Polishing Cloth has been met with a fair amount of criticism since its release. As the product costs $25 CAD, some believe that it is an overpriced product merely driven up by the fact that it has an Apple logo on it. Beyond the branding, it’s hard to distinguish what Apple’s Polishing Cloth brings to the table that other run-of-the-mill cloths don’t.

Musk has been a vocal critic of Apple in the past. Earlier this year, Musk criticized Apple for its “walled-garden” ecosystem and Appl Store policies during an earnings call. The CEO has become notorious for stirring the pot online.

Tesla’s Cyberwhistle is already out of stock currently. There’s no word on whether the company will restock the product to help fill more stockings this holiday season.