Google Chairman Eric Schmidt sat down to talk about Android, Apple and the mobile market in a Bloomberg interview. Based on the most recent market studies, Schmidt rushed to compare Android’s position to Microsoft’s expansion in desktop software back in the 1990s. 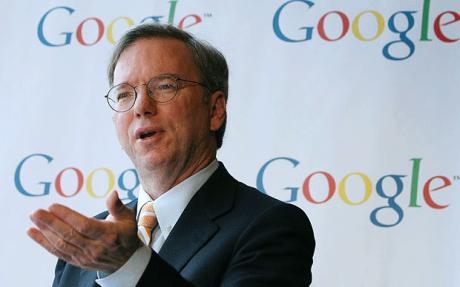 Looking at the most recent numbers, Apple has lost the mobile war against Android: Android has 72%, while Apple retains only 14% of the global mobile market — Gartner study. Furthermore, Android is activating 1.3 million Android devices per day, Eric Schmidt highlighted.

“This is a huge platform change; this is of the scale of 20 years ago — Microsoft versus Apple,” he said. “We’re winning that war pretty clearly now.”

The Chairman’s remarks reflect the search giant’s confidence, as the devices using their mobile OS attract both users and advertisers, as the move from PCs towards mobile (handheld) devices gains traction.

Google’s strategy is simple: it gives away Android to drive revenue to its hardware partners such as Samsung, but this pays itself back, as it pushes the demand for ads and other Internet-based services higher, which in turn benefits Google.

Eric Schmidt was succeeded by Larry Page as Google’s CEO, and the latter was expressing his thoughts about the Apple and Google relationship in an interview yesterday with Fortune.