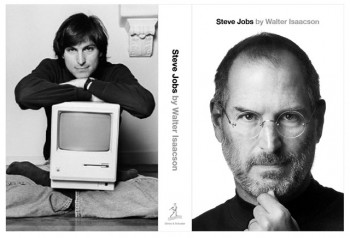 Have you wondered what it’s like to work with Steve Jobs? We have heard numerous accounts of Jobs being a tenacious boss, but Glenn Reid, an ex-Apple employee who worked directly with the late CEO to design iMovie and iPhoto provides the authentic details:

Steve Jobs was passionate, as everyone knows. What he was passionate about was, I think, quite simple: he liked to build products. I do, too. This we had in common. It is a process which requires understanding the parameters, the goals, and the gives and takes. Stretch what’s possible, use technologies that are good, rein it in when the time comes, polish it and ship it. It’s a kind of horse sense, maybe a bit like building houses, where you just kind of know how to do it … or you don’t. Steve did.

Not only did he know and love product engineering, it’s all he really wanted to do. He told me once that part of the reason he wanted to be CEO was so that nobody could tell him that he wasn’t allowed to participate in the nitty-gritty of product design. He was right there in the middle of it. All of it. As a team member, not as CEO. He quietly left his CEO hat by the door, and collaborated with us. He was basically the Product Manager for all of the products I worked on, even though there eventually were other people with that title, who usually weren’t allowed in the room 🙂

It’s a fascinating read you need to check out. A detailed first-hand account of what it’s really like to work with Steve Jobs. You rarely see or hear a company’s CEO nowadays dive right into product design, but with Jobs that was the norm.