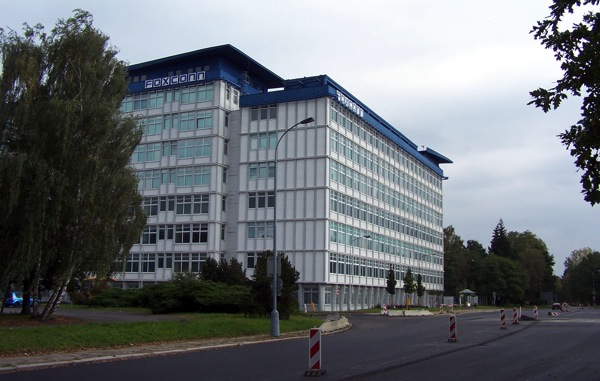 Prosecutors detained a former Foxconn general manager and released three other Foxconn employees on bail in a bribery case, reports the Wall Street Journal. The company, which is known as the assembler of iPhones and iPads for Apple, said it is disappointed with this case that involves some of its senior executives and said it will fully cooperate with a judicial investigation in Taiwan.

Prosecutors said they had no plans to investigate Foxconn’s clients, finding no evidence in the yearlong investigation that they were involved in the alleged bribery.

“Our internal investigation found these violations to be limited to the procurement of consumables and accessory equipment related to a small part of our business,” Foxconn said. “The employees in question are no longer with our company.”

According to the WSJ, the case was first made public last January, when, during an internal audit, Foxconn found that some of its employees had received bribes from suppliers in China. The new outlet says that it is a major blow for Foxconn. What it fails to mention, though, is that Foxconn is the plaintiff and the victim in this case, as Focus Taiwan points out, as the company has already filed lawsuits against some of the executives in question.

The case erupted after James Lee, a general manager of the group, was informed that high-ranking officials with Foxconn’s surface-mount technology department had been soliciting bribes from suppliers on a long-term basis, Focus Taiwan reports.

In a recent interview, Apple engineer Esge Andersen discussed how the company achieved improved sound quality regarding the AirPods Pro 2. Much of the improvements came without the integration of lossless audio and it is all thanks to improved airflow instead. Speaking with What Hi-Fi?, Andersen pulled back the curtain about the improvements to audio...
Steve Vegvari
17 hours ago