Hon Hai Precision Ltd. a.k.a Foxconn, the largest manufacturer of Apple’s iPhone, iPod touch and iPads with more than 1 million employees at its huge factory complexes in China, has agreed to allow its workers to elect union representatives for the first time ever, Reuters reports. The company will hold elections for a chairman and 20 members of its Federation of Labour Unions Committee every five years. 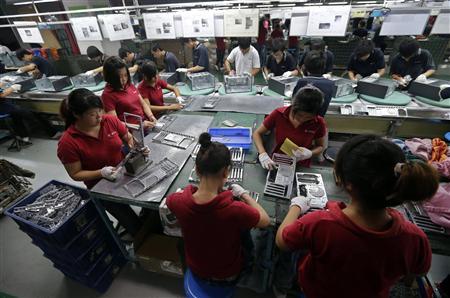 Last year, Apple asked the Fair Labor Association (FLA) to review Foxconn’s operations following the troubles at its plants and criticism of Apple itself for having its products made in under-waged Foxconn plants. This move comes as part of Foxconn’s efforts to raise participation in its union, under pressure from Apple and its own workers as well. The firm has said in an official statement that all its sites are holding elections to increase the number of its employee representatives and the management is not involved in the election process.

“As a part of efforts to implement the Action Plan that was developed together with the Fair Labor Association, Foxconn is introducing measures to enhance employee representation in the Foxconn Labor Union and to raise employees’ awareness of the organization,” it said in a statement.

“Only by letting the workers choose their candidates by themselves and then vote for them can they fully express the hopes of workers,” said Wang Jing, dean of the department of labor relations at Capital University of Economics and Business in Beijing.

“But anyway, it’s a good to see this. It shows that the company wants to improve its relations with the workers,” she added, noting that Apple was likely to be pushing Foxconn to implement change to protect its own brand image.

Foxconn’s latest plan follows recommendations in the FLA report ,having already implemented other recommendations such as increased wages and improved amenities at its sites.