Ever since the launch of iPhone 5, Apple has become extremely strict with its supply chain partners including Foxconn and Foxlink, over the product manufacturing process and yield rate. The company has even started conducting surprise inspections for areas that were not inspected previously. As a result, its key supply partners from China are now demanding a price raise due to increasing labor costs in the country, reports DigiTimes. 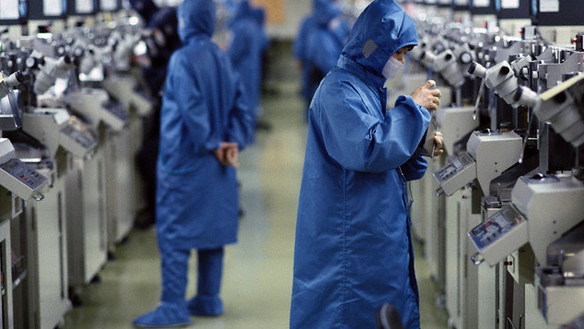 Apple has placed strong pressures upon its upstream supply chain players’ profits due to which the related players are demanding higher prices for their components, says the source.

Apple’s upstream supply chain partners including Foxconn Electronics (Hon Hai Precision Industry) and Foxlink, have reportedly demanded the brand vendor accept a price rise, as their labor costs in China have been rising, according to sources from the upstream supply chain. […]

The sources are also concerned that Apple may have started losing its creativity for innovation since the vendor’s recent products did not bring much surprises to consumers except for an upgrade in hardware specifications.

The report also claims that Apple may turn to price cuts to achieve market share in future, which may affect the profitability of the upstream supply chain players as well. Apple has so far not made any response to the supply chain’s demand for the price increase.

Apple recently launched its iPhone 14 series of devices, introducing the new 'Plus' model to the fold. The 6.7-inch device joined the standard iPhone 14 as part of the entry-level offering. However, prior to its official reveal, the iPhone 14 Plus looks to have been called the 'iPhone 14 Max.' According to Dutch blog iCreate (via...
Steve Vegvari
14 hours ago