Foxconn Shares on the Rise Driven by Apple Product Launches

Partnering up with Apple means profits: Hon Hai Precision Industry — or to give it its trading name, Foxconn — shares are up after it posted an amazing quarter with strong profits, thanks to its partnership with Apple. 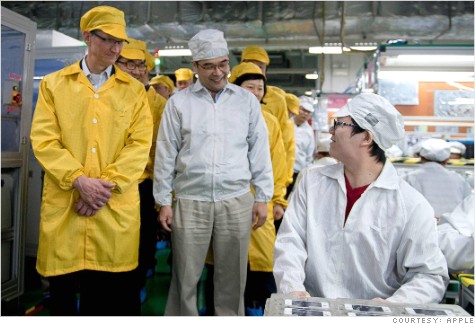 The assembler of the iPhone 5 and iPad mini started mass production of the iDevices in late August, and recently admitted they are one of the reasons why Apple’s iPhone 5 is facing supply shortages.

However, Hon Hain reported a nine-month profit late on Tuesday of $57.8 billion, a 24% rise compared to a year ago. According to Reuters and analysts’ calculations, net profit in the third quarter of 2012 was T$30.3 billion ($1.04 billion), up 58% compared to the same period a year ago.

The sharp rise in profits boosted Hon Hai share value, which are up 1.14% as of this morning. However, as some analysts point out, investors were buying Hon Hai shares because of its future with Apple, but  as Apple has posted its quarterly numbers, some of them are concerned about Apple’s growth.

As you may recall, Wall Street called Apple’s latest quarterly earning a miss. Analysts, however, point to the year-end holiday quarter, and as the report shows, every indicator points toward an incredible quarter for Apple, and for Hon Hai obviously: yield rates of the iPad mini and iPhone 5 improved from the initial product period.

On the other hand, Hon Hai’s strong profits resulted from higher subsidies from the Cupertino company, and the undisclosed Apple-Foxconn cost-sharing agreement which — analysts estimate — means Apple is paying higher fees for the iPhone 5 and also covering part of the costs of rising wages.