Remember that dumb Motorola ad we wrote about a few days back which mocked Apple’s iOS 6 Maps app? Turns out that Google owned subsidiary used a cheap tactic in an attempt to make Apple’s newly introduced Maps app look bad by showing an address lookup in Manhattan that doesn’t even exist in reality. What a shame! 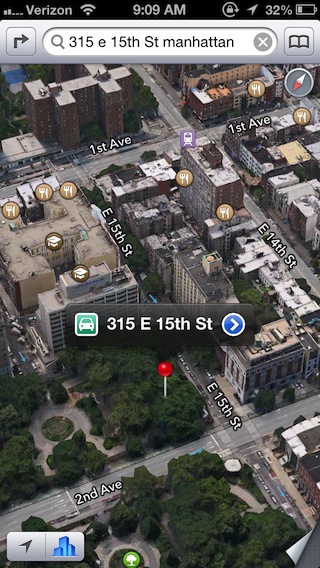 Motorola’s ad for its Droid RAZR M showed that its Android smartphone is able to precisely find an address that iOS 6 Maps is unable to locate correctly. However, the address used in the advertisement i.e 315 E 15th in Manhattan is actually a fake address, reports the Apple Insider.

The problem, as noted by reader AMD Pettitte, is that 315 E 15th Street is not an actual address in Manhattan. A public park sits on that side of the street, making none of the block’s odd numbers a valid address. The number will never be a valid address in Manhattan. This is indicated by looking closely at the picture, but none of the thousands of people sharing the false address lookup ad seemed to notice this.

If you look for an actual address in Manhattan, for instance 318 E 15th, the apartment building across from Google’s fake address in the park, Apple’s Maps can correctly locate it as shown below. And if you enter an address that actually could exist in multiple places in New York, iOS 6 Maps will offer you a choice of potential targets. 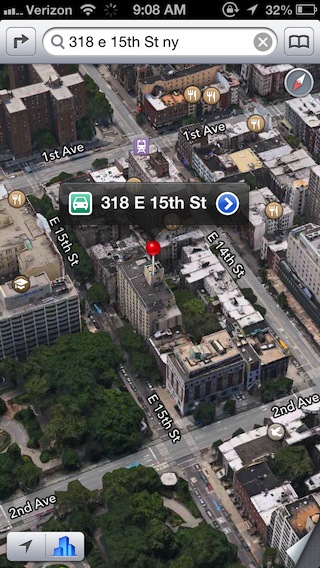 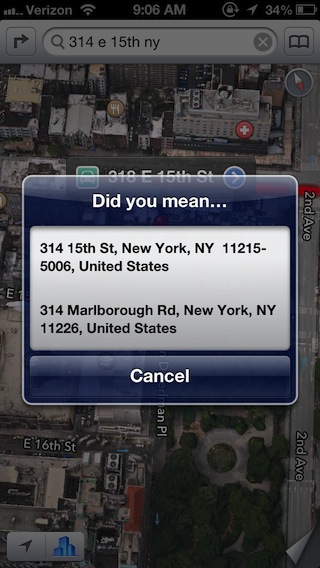 Of course Apple’s iOS 6 Maps app isn’t without flaws but inventing a fake address to create another smartphone ad is pretty lame don’t you think?