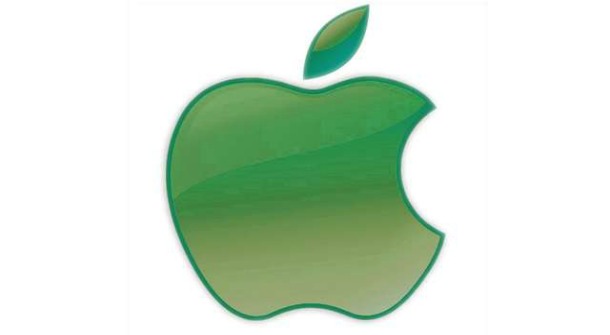 Greenpeace wants Apple to get cleaner.

A new report released on Thursday gave Apple a “C” rating in a couple key clean energy categories, including “Renewals and Advocacy” and “Energy Efficiency and Greenhouse Gas Emission.”

While this is an improvement over the previous “D” ranking in these same categories, there is still much work to be done before the technology guru gets an “A” for Apple.

The report card released by Greenpeace (why do I have a mental image of Tim Cook being scolded like a schoolboy?) gives Apple a 22.6 percent clean energy rating.

This may not sound that great but it’s certainly an increase over the brutal 15.3 percent rating Apple received last time (is there a letter after “F”?)

How can Apple get cleaner? It’ll take more than running it under the kitchen sink.

According to Greenpeace and its clean energy roadmap, “Apple has the potential to set a new bar with its coal-free iCloud commitment.” But according to Gary Cook, Greenpeace’s senior technology analyst, “its plans to reach this goal are still mostly talk and not enough walk.”

“We’re committed to building the world’s most environmentally responsible data centers and are leading the industry in the use of renewable energy, including the nation’s largest private solar arrays and nonutility fuel cell installation,” said Kristin Huguet, an Apple spokeswoman.

They will do this by running their Maiden, N.C. data centre entirely on renewable energy sources by the end of 2012. 60 percent of this will come from onsite power generated by a large solar array and fuel cells. (Cool!)

This isn’t good enough for Greenpeace though, who want to know – where’s the other 40 percent?

Apple’s response? The answer, my friend, is blowing in the wind.

The 40 percent will come from other renewable energy sources like wind farms. Greenpeace is eager to know more about this initiative.

Apple states another California-based data centre will be entirely coal-free by February 2013. New data centres in Oregon and Nevada “will be designed to meet that standard from Day 1,” according to Huguet.

I, for one, believe them. When it comes to new technology, Apple always walks the walk, as well as talks the talk. Why should clean energy be any different?

Apple is expected to launch its first foldable iPad next year. According to TF International Securities' Apple analyst Ming-Chi Kuo, the device is said to feature a carbon fibre kickstand, ensuring a lightweight design. In a series of Tweets, Kuo claims that Apple may not launch a new iPad design in the next nine months...
Steve Vegvari
22 hours ago