Guess Who’s The Most Innovative Company Of 2012? Hint: It’s Not Samsung

Booz & Co. has just published the results for its 2012 analysis of 10 most innovative companies in the world, based on not how much these companies spend on research and development, but how those R&D funds are invested in talent, process, and tools. Well, the company who’s on top of the list is neither Google nor Microsoft or Amazon, and is sure as hell not Samsung. In fact, for the third year in a row, Booz & Co. has named Apple as the most innovative company in the world (via Fortune). 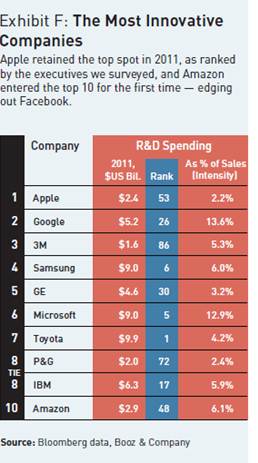 The source notes that Apple has spent on R&D less than half of what Amazon, Google and IBM have spent individually, and one third as much as Samsung and Microsoft. Yet, the company wins the top spot for the third time in a row, for the “fuzzy front end” of its innovation.

In the management consulting firm’s eighth annual survey, Apple, Google and 3M (MMM) retained their No. 1, 2 and 3 spots, respectively, Samsung rose for the second year in a row, and Amazon joined the top 10 list for the first time.

You can learn more about Booz’ methodology here. 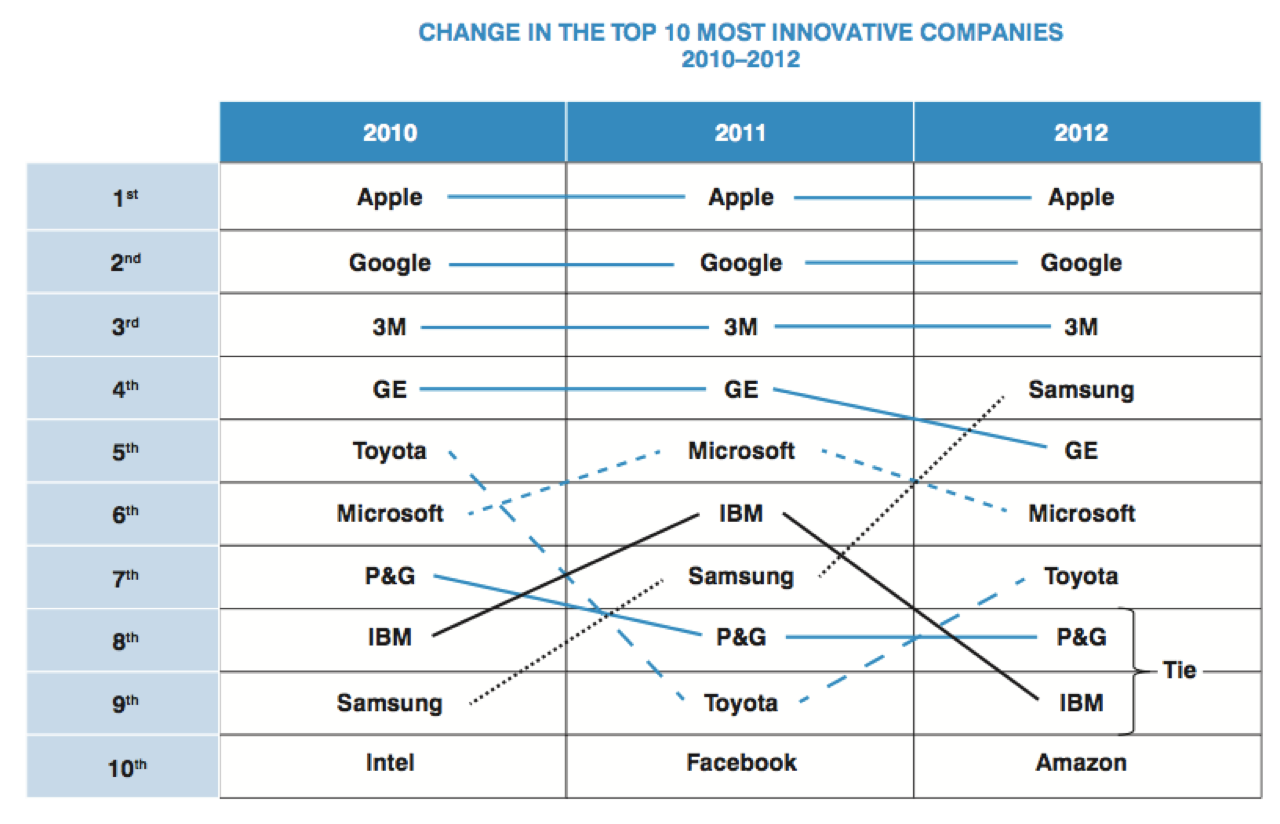