Analyst Scott Devitt at Morgan Stanley has reported that Apple is charging almost $1 billion each year from Google for making it the default search engine on iOS devices (via Business Insider). While some analysts have previously estimated that Apple has a revenue sharing deal with Google on iOS search, Devitt believes Apple would rather has a fee per device because it gives the company upfront payments and is easier for accounting. 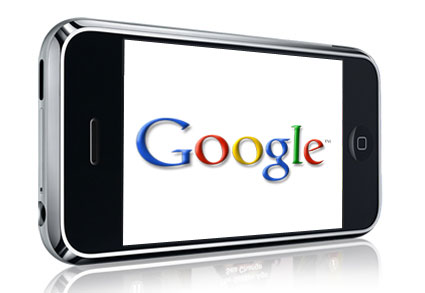 It has been said in the past that for every one dollar of search advertising collected on an iOS gadget, Apple gets 75 cents from Google. However, the analyst thinks Apple wouldn’t do a revenue sharing deal with Google because “it’s too messy”. He said that Apple made a little under $1 billion this year from this settlement and that this revenue will steadily rise over the years.

Some investors are worried that Google’s traffic acquisition cost (TAC) on Apple devices is going to balloon over time. Devitt doesn’t think it’s going to happen. He believes the TAC will only increase at ~5% per year, and in terms of Google’s overall TAC, he thinks it’s steady at ~30-35%.

What does that equate to in real dollars? A little under $1 billion this year, steadily rising over the years

For Google, it’s a pretty good deal. Devitt estimates Google controls 95% of the mobile search market. When you consider that Apple and Android are swallowing the mobile market, paying ~$1 billion a year for a monopoly on the most lucrative online business in the world is a no-brainer.

Below is a table from Devitt breaking down how much he thinks Google pays for total TAC: 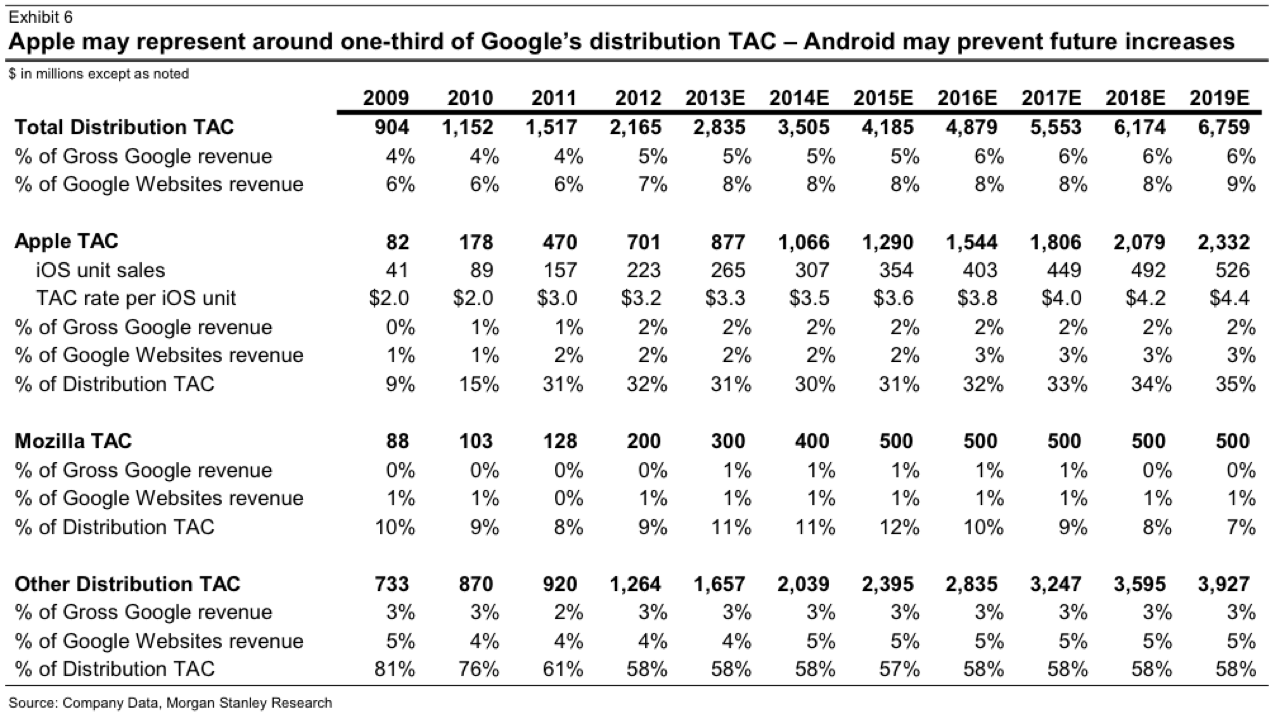