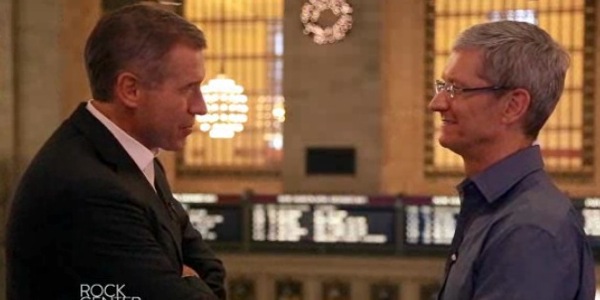 Earlier tonight NBC’s Brian Williams hosted Apple CEO Tim Cook in his first ever TV interview. The network teased the interview last week and this morning the show exclusively announced Apple plans to invest $100 million to build iMacs in the USA. Williams notes it took months of negotiation to land the exclusive with Cook.

If you missed the interview tonight, you can catch a couple early uploads on YouTube posted by 9to5Mac below (as the official clips come online we’ll update this post):

NBC also had a special post-interview live event where Brian Williams and The Verge’s Joshua Topolsky answered viewers’ questions. Check it out below (NBC Flash video):

The full transcript of the interview can been seen over at Cult of Mac.

Did you catch the interview tonight? What did you think?