The folks over at CNET have dug up a bunch of documents from 1978, revealing how Apple created the company’s first disk operating system. The article basically tells the story of how “Apple booted up”, digging into documents ranging from contracts signed by Steve Wozniak and Steve Jobs to design specs and pages of schematics and code, which the source obtained from DigiBarn computer museum in California’s Santa Cruz Mountains. 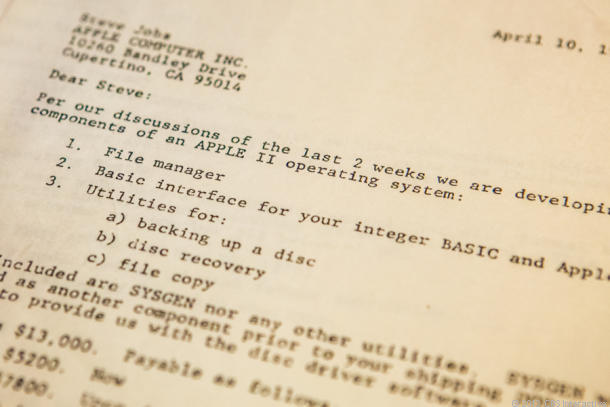 When the Apple II was introduced in April 1977, it had no disk drive but only a cassette drive. With a cassette, users had to wait a long time to load anything and was also unreliable. Both Wozniak and Jobs agreed at the need for a functional and powerful disk drive, as well as a disk operating system to run it. It was a decision that laid the groundwork for a more “expansive sales and marketing strategy”.

VisiCalc, the first spreadsheet program, was one of — if not the — single-most important pieces of software in PC history. As Paul Laughton, who wrote Apple’s DOS, put it, VisiCalc was “the thing that [made] microcomputers take off.” [..]

Bricklin [the co-creator of VisiCalc] explained that he and his publisher released VisiCalc for the Apple II first, in part because his publisher, Dan Fylstra, was an Apple fan… 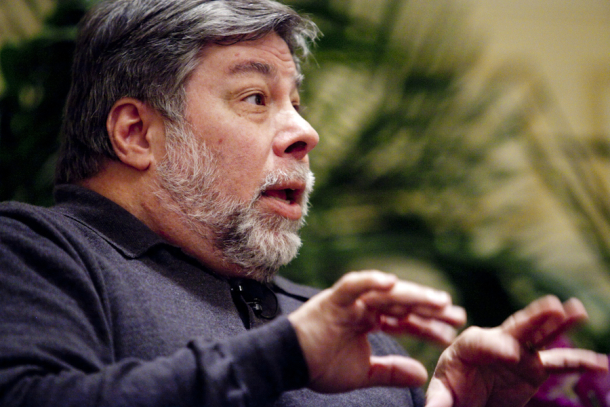 For a year, VisiCalc was an Apple exclusive, and during that time, about a thousand copies of the software were sold a month. At the same time, the disk controller Wozniak designed over the 1977 Christmas holidays for the computer turned out to be the real game changer. The chief innovation was making the controller compact by using software while competitors relied on hardware. But no matter how great its disk controller was, Apple had no OS or any way to build one of its own.

On April 10, 1978, the contract was signed. For $13,000 — $5,200 up front, and $7,800 on delivery, and no additional royalties — Shepardson Microsystems would build Apple’s first DOS. And hand it over just 35 days later. For its money, Apple would get a file manager, an interface for integer BASIC and Applesoft BASIC, and utilities that would allow disk backup, disk recovery, and file copying.

The project was based on specs Apple’s legendary co-founder gave Laughton [Shepardson employee] for how to create a boot disk.