How much time does a powerful company need to copy something that has captured the attention of many? Well, as the current picture shows, not much – just a few months. Apple introduced iBeacon last year, and today Patently Apple has uncovered a Samsung trademark application filed by Samsung on February 7 for a “wireless beacon and corresponding software”. In other words, a likely iBeacon competitor. 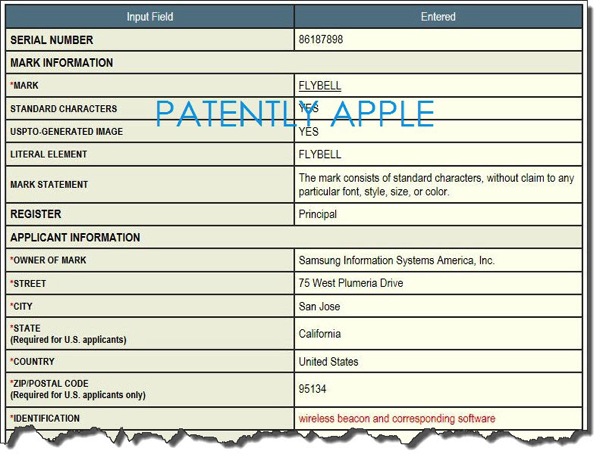 iBeacon has made headlines recently because the technology has seen successful implementation in several places, such as Apple’s brick-and-mortar stores, the MLB’s two ballparks, etc.

Also, iBeacon has its challengers: Philips has piloted an intelligent LED lighting project that creates a GPS grid and allows users to get information based on their location.

Samsung’s version of iBeacon is called Flybell, according to the filing, and Patently Apple speculates that it could be introduced with the Samsung Galaxy S5, which is expected next week. Oh, and I almost forgot to mention that the S5 will reportedly have a fingerprint sensor on board.