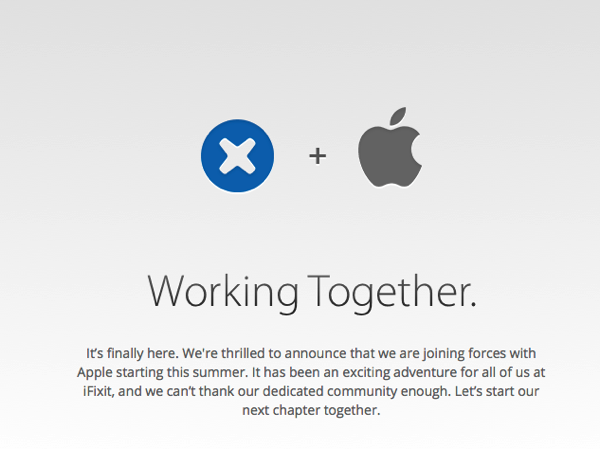 Not so long ago, the iFixit CEO was complaining that Apple was putting repair guys out of business. Well, that’s over now. Apple has silenced its biggest critic, iFixit, by acquiring it.

You may recall that iFixit has been harsh on Apple, giving their devices very low repairability scores in recent years. But starting today, thanks to the partnership between Apple and iFixit (a deal which they hope to close by this summer), iDevice and Mac owners can forget about fixing their devices. “Why fix it yourself when you can upgrade?” the site reads.

“Everyone has a number”, admitted Kyle Wiens, iFixit’s CEO. “I didn’t think there was a reasonable number that would make me say, ‘You know I was going to change the world with repair documentation but here’s a number.’” In the end, Apple gave us a number that we couldn’t refuse.

But it isn’t just a number for iFixit. As part of the deal, Apple made a commitment to produce the most replaceable electronic devices and personal computers on the market. This is a clear win for the whole iFixit community.

Apple is working hard to make devices last long enough to be upgraded or irrelevant, making repairability an antiquated notion. iFixit will become a key player in the future of Apple device development, starting with the new Smartphone Replaceability Index.