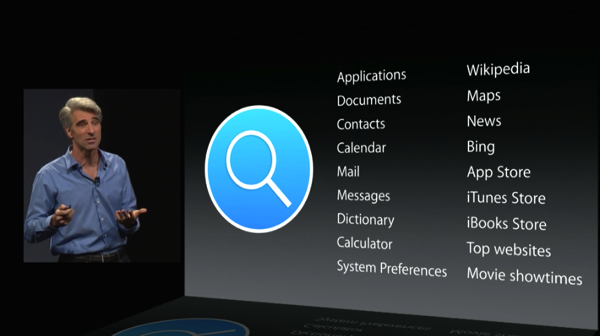 Google has been Apple’s long-term partner, but the relationship between the two has changed over time, and they are becoming more and more distant. You may recall that Apple removed YouTube and Google Maps as pre-installed apps with iOS 6. With iOS 8 and Mac OS X 10.10 Yosemite, Apple continues to distance itself from Google by partnering up with Bing. This will have serious consequences: it will cut into the search giant’s 71% share of the $20 billion (US ) search advertising market, notes Ad Age.

With its latest operating systems, Apple has made significant moves: it has added DuckDuckGo as a search option for Safari, but what’s more important is that it has continued its partnership with Bing. This started last year with iOS 7, when Apple replaced all Siri-related search activities with the search engine powered by Microsoft.

“Last year Bing became the default web search for Siri, and will now also be the default web search provider in the redesigned Spotlight search feature for the next generation of iOS and OS X,” a Microsoft spokesperson said. “We’re excited about extending the Bing platform to help iOS and Mac customers find what they need to get things done.”

This year, however, the move was emphasized even more with Spotlight, Apple’s local search function. Starting this year, when users are looking for something using spotlight, Apple will offer ad-stripped Web results as well.

While Google remains the default search engine in Safari (both desktop and mobile) the browser will pop-up some search results as a dropdown from the navigation bar, so users will have fewer results.

Apple’s search tool shows only a few results per query, meaning a lot less real estate for results. That means Apple would have to prove that its small number of results are accurate enough to fulfill someone’s query. Good-enough search has never been enough to unseat or take share from Google.

Now it remains to be seen whether users will love it or not.

Apple CEO Tim Cook recently sat down for an interview with BBC. Throughout the interview, Cook addressed the topic of the lack of women in the tech industry. On top of that, the CEO discussed EarPods, as well as the expected impact AR may have in the coming years. While speaking with BBC, Cook made...
Steve Vegvari
7 hours ago