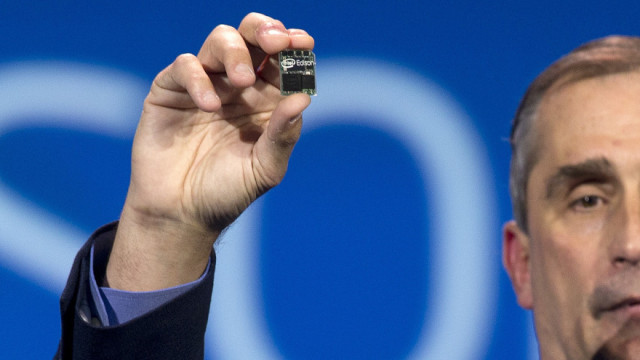 Voice recognition systems today aim to ease our everyday tasks, but they have a side-effect that causes frustration: they are too slow. As a cloud and Internet of Things journalist has noticed, people just aren’t willing to wait another three or more seconds to have their command executed. Intel is just about to solve that problem.

In an exclusive interview with Quartz Mike Bell, Intel’s head of wearables, he says the chip maker has the solution. Intel will put the voice recognition software on their mobile processors, which are said to be powerful enough to fit inside a handset, thus eliminating the cloud. The result of a partnership with an unnamed third party is a prototype wireless headset dubbed “Jarvis”, which sits in the wearer’s ears and connects to the handset.

The major problem of today’s voice recognition systems is that chips aren’t powerful enough to perform the task, so they require external computers to handle it. Intel says this is over, and that Jarvis will process the user’s voice on the device, instead of in the cloud. This means no more waiting for voice commands and no more frustration because of the wireless network connection.

The result could be voice-recognizing devices with which we can have an actual conversation. That could mean something as simple as telling our phones to “please email Mike,” followed by the phone asking which “Mike” we mean. It will also, inevitably, mean something like the artificially intelligent conversation systems pictured in Iron Man, transforming our computers into something like true personal assistants.

Intel is already working with unnamed mobile phone manufacturers, Bell says. These devices will stand out as a device with which we can have an actual conversation. And that won’t be the iPhone, Bell suggests.

Apple is currently on track to double iPhone exports from India by March 2023. This pace was first kickstarted in April and is continuing as India proves to be a major asset in Apple's diversification of its supply chain. In the five-month span since April, Apple has gone on to cross the $1 billion mark...
Steve Vegvari
19 hours ago