Following the release of iPhone 5, iPad 4 and the iPad mini, Chitika Insights has examined how Apple’s latest products have shifted the use of iOS and Android by analysing the overall web traffic distribution between the two platforms. 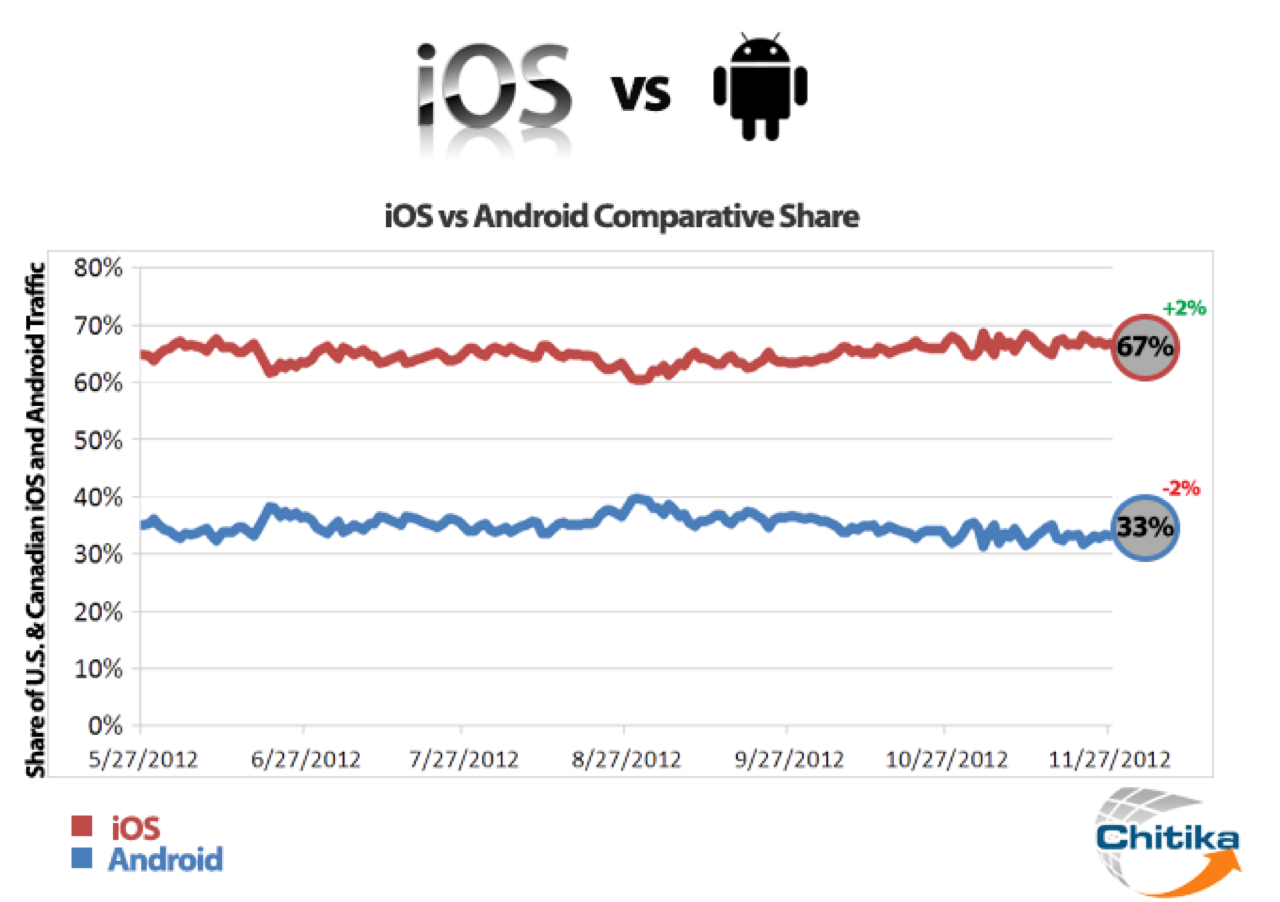 On the other hand, a variety of Android tablets and smartphones have also been introduced in 2012 including the Droid RAZR M, Samsung Galaxy S III and Kindle Fire HD. Despite all the new Android and iOS devices, little has changed in the overall web traffic share, notes the report. iOS’s share has hovered around 65%, while Android largely has stayed around 35%, with Apple regaining some share with the release of the iPhone 5 in the September.

Although these devices created a shift of a few percentage points shortly following release, thanks to Apple’s debut of three new devices, including the iPhone 5 this fall, its bump has been gradual, but more sustained. With Apple’s loyal fan base and unique ability to build a tremendous degree of hype around every product launch, the company has made quick sell outs of new devices and high demand a regular occurrence.

Chitika Insights’ analysis is based on billions of ad impressions, spanning a 6 month time frame from May 27th, 2012 to November 27th, 2012. The data also suggests that majority of users don’t switch between different OS when they upgrade their device.