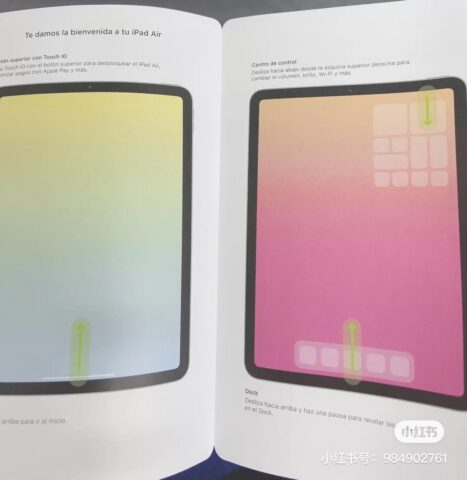 Leaked images pertaining to an unreleased iPad Air have surfaced online. The photos suggest that the device will feature an all-screen display, removing the Home button. Touch ID appears to be integrated into the power button as well.

Reported by MacRumors, the leaked images were posted on Twitter by user DuanRui. The photos themselves are said to have come from Chinese social media and e-commerce platform Xiaohongshu. The photos depict what appears to be a manual for the unreleased iPad 4.

As seen in the pictures, the iPad Air no longer features a Home button. Instead, the device has a larger display screen. Although, a noticeable bezel still surrounds the entire display itself.

Through MacRumors’ translations, the manual makes reference to Touch ID, saying: “Touch ID with the top button to unlock the iPad Air.” The iPad Air appears to feature a longer power button on the top of the device, near the rear camera. 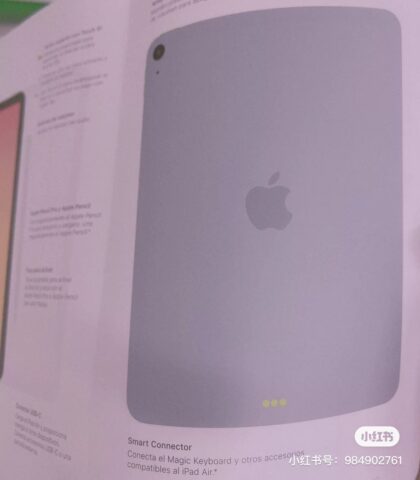 Additionally, the pages make reference to the iPad Air possibly dropping the Lightning connector in exchange for USB-C. There is also a Smart Connector located on the bottom rear of the device, suggesting that a Magic Keyboard and other accessories are compatible.

Aspects of this leak do line up with previous reports that indicated that the iPad Air 4 will release in early 2021. It was said that the new middle-tier iPad will comes with a 11-inch Liquid Retina display and USB-C connectivity. Early reports also made note that the iPad Air 4 could come with a Smart Connector for additional accessories as well.