Just moments ago, Apple announced the all new iPhone 5 with a taller 4″ Retina display, 4G LTE and a faster A6 processor. While Phil Shiller skipped a few minor details, Apple’s website now confirms that the iPhone 5 will indeed support the new Nano SIM as widely speculated. 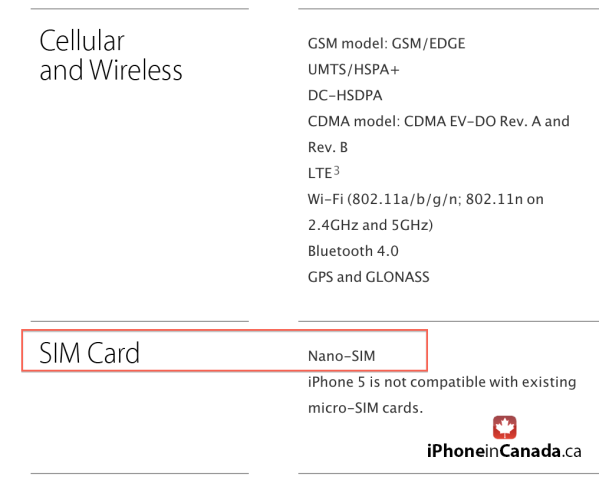 Discussions of Nano SIMs have been going on throughout the year. These SIM cards, which are even smaller than the current micro SIMs used in iPhone 4/4S, were first introduced by German carrier, T-Mobile, last week.