Jefferies analyst Peter Misek, who has been keeping close tabs on the iPhone supply chain for quite some time, reports that iPhone component suppliers “have seen large order cuts” over the last 24-48 hours. However, he continues to project 53 million iPhones for the December quarter, in contrast with Street consensus of 46-48 million units (via Forbes). 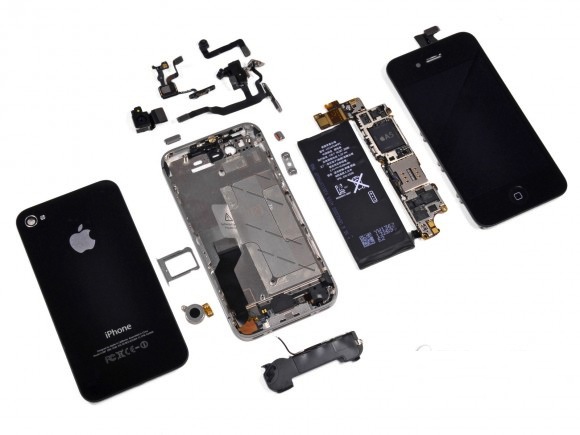 Misek says that component suppliers have seen 2003 Q1 iPhone orders cut to the 25-30 million range, from 35-40 million, most likely due to “component over-build” in the December quarter. He also points out that “assembly execution issues are taking longer to resolve than expected.” Therefore, he has cut his forecast for Apple’s gross margins in December quarter to 39% from 40%, which is still above the Street consensus at 38.6%. Than analyst has also reduced his forecast for iPhone shipments in Q1 2013.

The analyst adds that he sees no demand issue for the iPhone 5, noting that there is still no inventory at retail, and he adds that he has not detected any finished goods inventories at suppliers. He adds, however, that the iPhone 5 launch in China has so far been “surprisingly muted,” but that light store traffic might be a reflection of snowy weather and pre-ordering.

Misek trims his March quarter iPhone estimate to 48 million units from 52 million, reducing his gross margin forecast to 40%, from 42%, due to a mix shift and continued assembly execution issues.

The analyst however added that Apple’s financial results will still beat consensus for both the December and March quarters.

An Alaskan snowmobiler who found himself in need of assistance is the first reported person to utilize Apple's Emergency SOS via Satellite service. According to Alaska State Troopers (via 9to5Mac), an adult male travelling from Noorvik to Kotzebue on a snowmobile activated the Emergency SOS via Satellite service on his iPhone. On December 1st, at...
Steve Vegvari
22 hours ago

The operating system (OS) for Apple's long-rumoured mixed reality headset is now reported to be dubbed "xrOS." This naming convention comes following reports that Apple was naming its AR/VR headset OS "RealityOS." In a report from Bloomberg, Apple's new naming convention appears to have come out of nowhere. However, the report goes on to state...
Steve Vegvari
23 hours ago