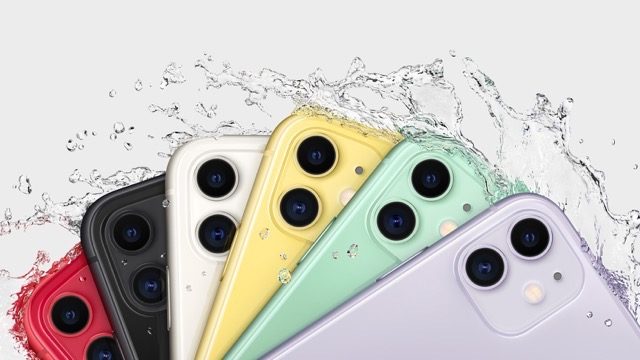 The U.S. Patent and Trademark Office has published 63 new patents granted to Apple. Of those 63, one, in particular, is focused on an iPhone capable of taking photos up to 60 feet underwater.

Apple has been granted a patent for an iPhone design that features improved waterproofing. It also contains a sensor capable of capturing images underwater. While contemporary iPhones are waterproof in up to 6 feet, Apple intends to increase that and enable functionality in up to 60 feet depths.

The patent was viewed and reported on by Patently Apple. The report states that control circuitry in the iPhone’s design could theoretically correct the greenish hue commonly found in ambient lighting underwater.

“Sensors such as an ambient light sensor, a depth sensor, a distance sensor, an orientation sensor, light-emitting and detecting devices, and other circuitry may be used in determining color balance adjustments and other image adjustments to make for underwater images.”

In order to circumvent water murkiness, the iPhone may use backscattering measurements to determine the appropriate actions the device will need to take. Patently Apple used the example of using enhanced contrast to “compensate for the loss of contrast in captured images due to murky water”.

The patent was originally filed in 2017 by Apple and was granted and published by the US Patent and Trademark Office today. It’s always worth noting that Apple is not guaranteed to release a product capable of these functions. Additionally, Apple may utilize this technology for other products such as the Apple Watch, which is currently resistant in up to three feet depths.